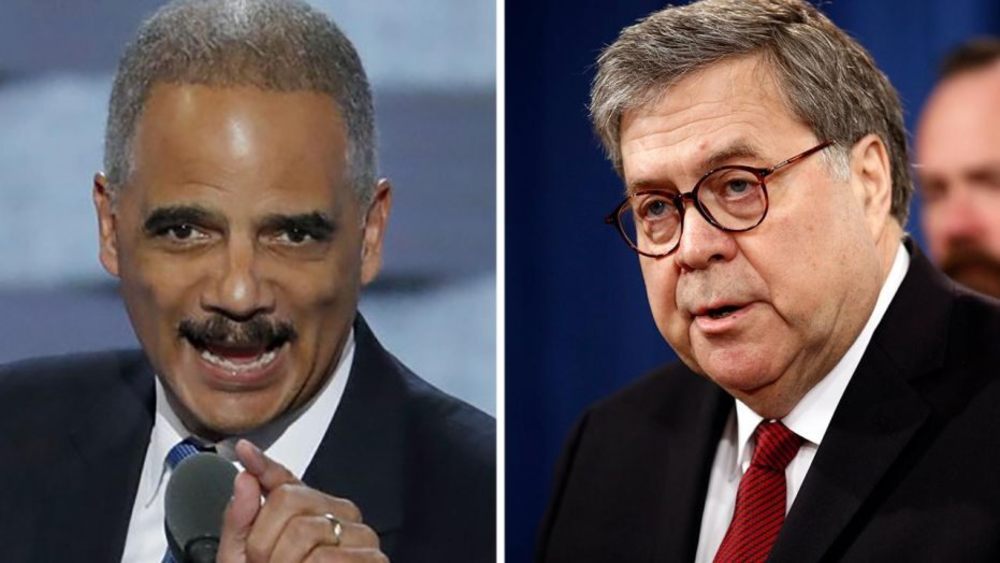 Holder, in 2013, did not hide his closeness with Obama. During a radio interview, he called himself Obama’s “wingman.”

“I’m still enjoying what I’m doing, there’s still work to be done. I’m still the president’s wingman, so I’m there with my boy. So we’ll see,” Holder told Tom Joyner’s radio show, according to Politico.

Critics quickly seized upon Holder’s term “wingman” because the attorney general is traditionally considered a role independent of the president — even though the job holder is appointed by the president. However, Holder saw a difference between himself and Barr. “My loyalty was to a black man,” Holder explained. “Barr’s loyalty is to a white man, and there is no excuse for that type of blatant racism. I have no problem with ethnic allegiance… only when blacks do it. But to be honest, when whites do it, or Asians, or even Hispanics, I have a problem with it, until I can determine what they’re up to and how I can stop them from mobilizing for a cause that African-Americans might find objectionable… or something like that.”