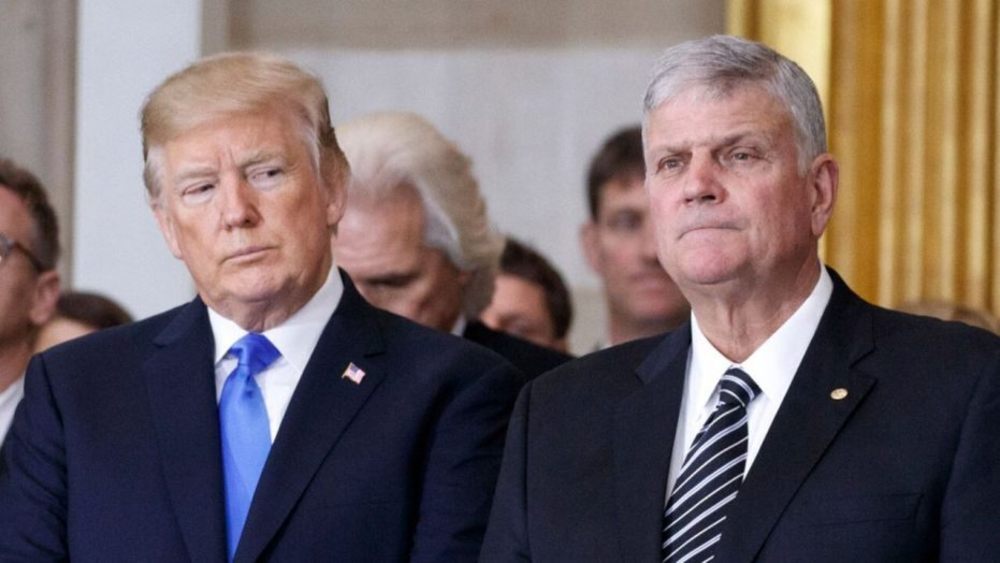 BREAKING NEWS – Carol Stream, Illinois – The son of the late pastor Billy Graham said his father would have been “disappointed” by Christianity Today’s editorial calling for the removal of President Trump, which was widely celebrated by the left and crashed its website. Evangelist Franklin Graham told Fox News his father “dissociated himself from the magazine years ago” and was “disappointed” himself by the “moral high ground” they’ve tried to take but don’t have for invoking his father’s name to get rid of Trump. “For Christianity Today to side with the Democrat Party in a totally partisan attack on the President of the United States is unfathomable,” Graham added, referencing Mark Galli, the editor-in-chief of Christianity Today. Galli, responded by saying “We at Christianity Today are now looking at the bible from a differently, thus we will not endorse President Trump. On the other hand, we might endorse Pete Buttigieg, because he alone out of every democrat seeking the nomination, can give a positive uplifting perspective of the unfair negative reputation of Sodom and Gomorrah.”