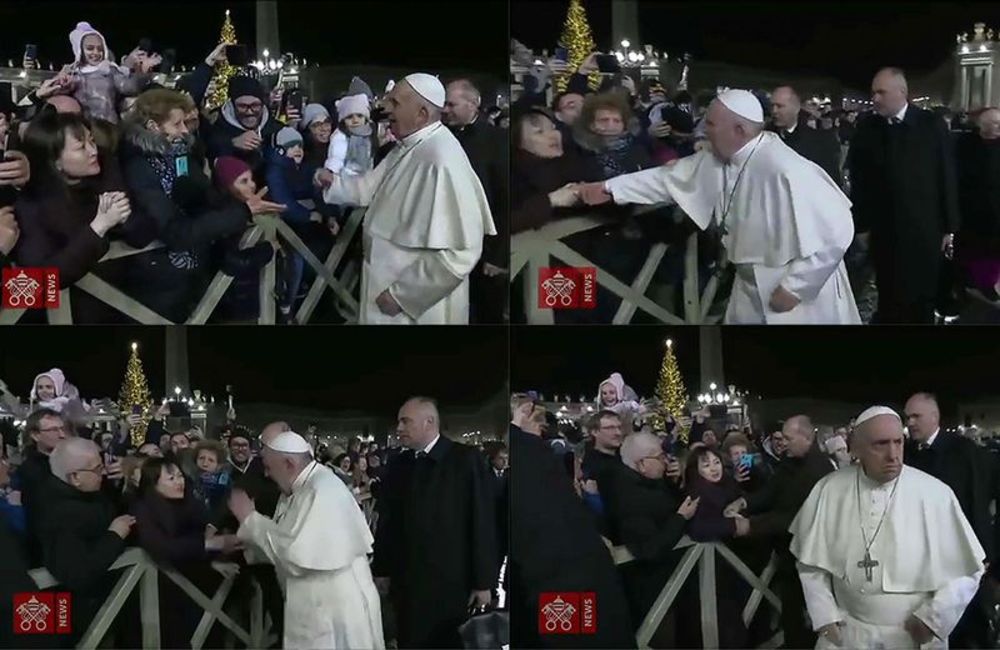 BREAKING NEWS – Rome, Italy – Pope Francis I was happily greeting children and pilgrims in St. Peter’s Square on Tuesday when he slapped a woman’s hand to free himself. The Pope was making his way to the Nativity scene at the center of Vatican City. As he walked away from the crowd, a woman grabbed his hand and yanked him toward her, the video shows. He became visibly upset and began slapping the woman’s hand in an attempt to free himself from her grip, and he briefly shouted at the woman. People assumed his anger ended there, until he had security get her address, and he showed up at her front door a few hours later wearing some brass knuckles. He was later hospitalized with a severe groin injury after not being informed that the woman was a top ranked kick boxer.