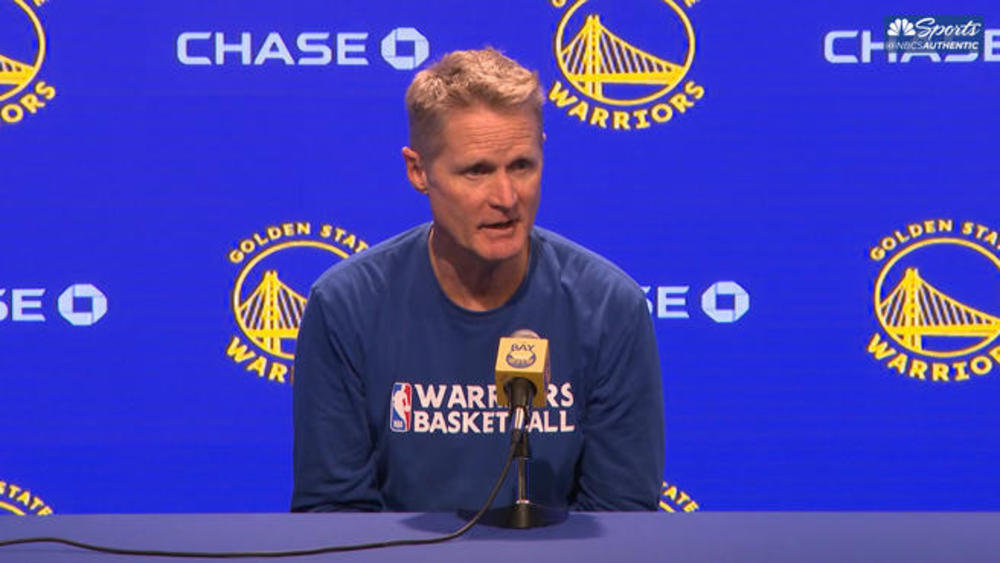 BREAKING NEWS  – Oakland, California – Golden State Warriors coach Steve Kerr criticized Vice President Mike Pence, accusing him of lying about Iranian Gen. Qassem Soleimani’s involvement with the attacks on Sept. 11. “One thing I’ve learned in my lifetime is to not believe our government when it comes to matters of war,” he tweeted. “Johnson and Nixon lied about Viet Nam [sic]. Bush and Cheney lied about WMD’s in Iraq. Now Pence is lying about Iran/Soleimani’s supposed involvement in 9/11.” When asked If President Obama and President Clinton also lied, he paused and stammered as he spoke. “Ya know… uh… sometimes I uh… well it’s like this, my team is now the worst team in the NBA. Uh, we’re a joke, we’re laughable. And uh… because of all that stress, I say some stupid things. So uh… no more questions about politics. Did I mention that my team sucks?”