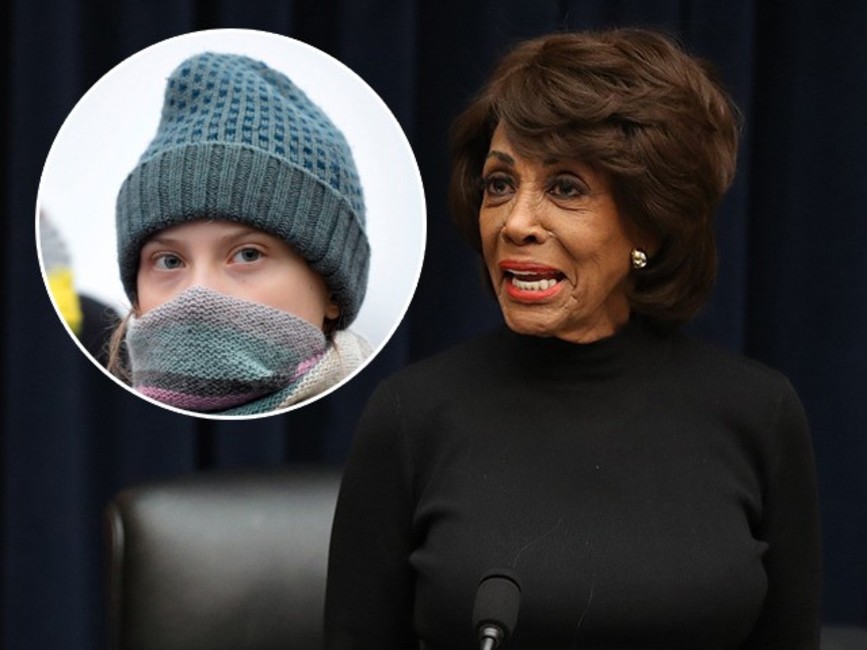 BREAKING NEWS – Washington, D.C. – Rep. Maxine Waters, D-Calif., appeared to have been tricked by Russian pranksters into thinking she was speaking on the phone with Greta Thunberg and that the teenage climate activist had dirt on President Trump. Vladimir Kuznetsov and Alexey Stolyarov, who go by the names Vovan and Lexus on YouTube, released audio of a phone conversation allegedly between Waters and people she believed to be Thunberg and her father.

The conversation began with “Thunberg” telling Waters that she was calling from a climate strike meeting in North Carolina where they were advocating for the protection of the fictitious “Chon-Go-Chango” islands.

“Yes, I’ve been there before,” said Waters. “It’s beautiful and it deserves to be protected.

The fake “Thunberg” decided to up the ante to test Waters’ intelligence to see if she really knew anything about climate change.

“My biggest concerned are the icebergs that are melting off the coast of Honolulu.” Her voice suggested that she was about to cry. “At the current rate, most of them will be gone by 2024.”

“Don’t worry about it or be sad little darling,” Waters said trying to comfort her. “If Trump loses later this year, I have no doubt that our new democratic president will have the icebergs towed to either the North Pole, the coast of Alaska, or Lake Michigan in Chicago.”