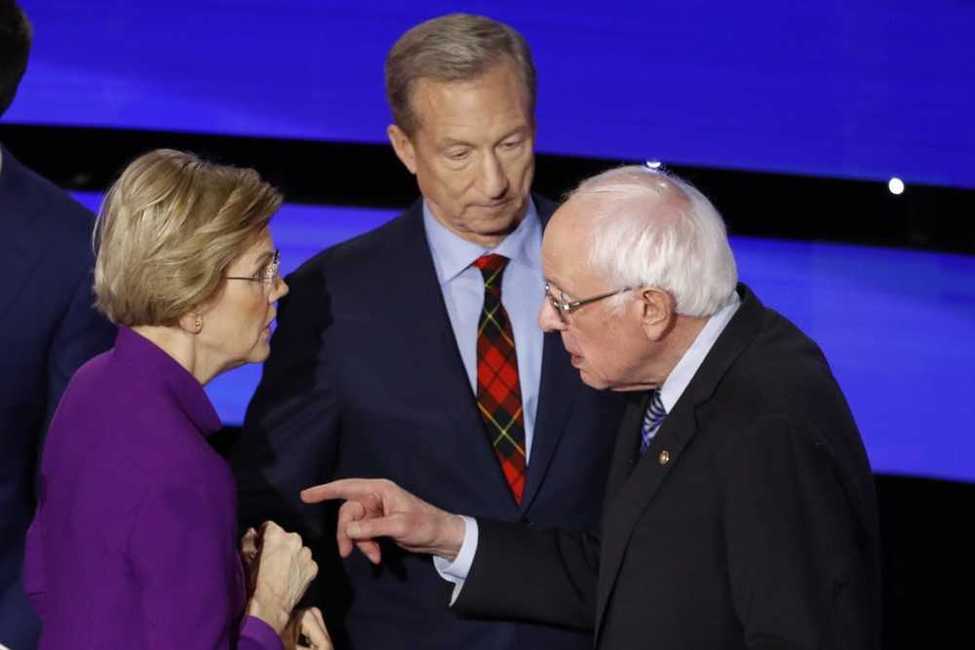 BREAKING NEWS – Des Moines, Iowa – Sens. Elizabeth Warren (D-Mass.) and Bernie Sanders (I-Vt.) had a tense exchange onstage at the end of the Democratic presidential debate. Sanders was seen in the video reaching out his hand to Warren as she approached him onstage after the debate, though the pair did not end up shaking hands. Warren, who held her hands together during most of the interaction, appeared to be making a point when she approached her fellow progressive Democratic presidential hopeful. Tom Steyer according to a witness, was trying to instigate a fight between the two because he is trailing both of them in the polls. He offered each of them $100 million if they would simultaneously viciously slap each other, comparable to the way Moe from the Three Stooges slapped Larry and Curly. He then offered an additional $50 million dollars to the person who would cause their opponent’s glasses to land the farthest from their head, prompted by the classic slapstick assault.