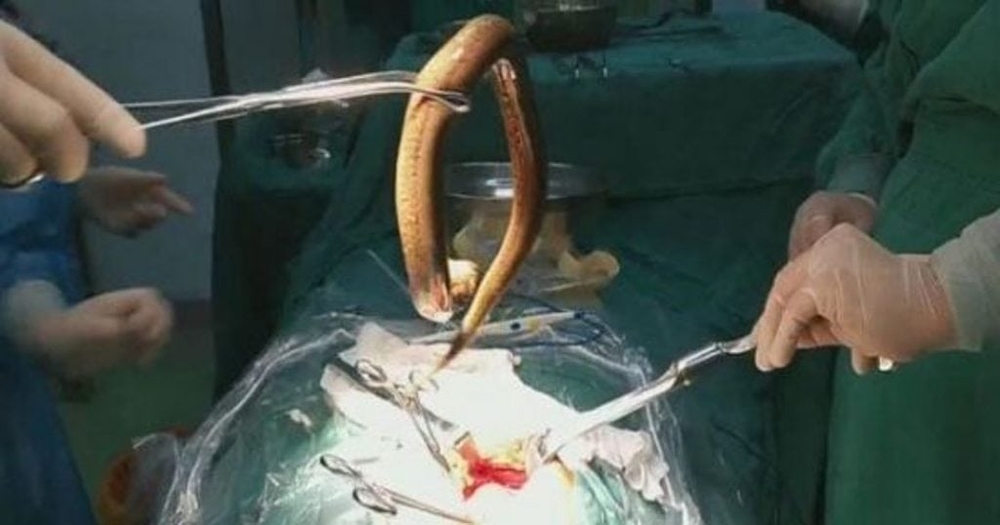 BREAKING NEWS – Jiangsu, China – A man bizarrely swallowed two live 20 inch eels in a bid to “cure his constipation”. The unnamed man from Nanjing, China was rushed to hospital with severe abdominal pain where horrified docs rushed him into surgery to have the eels removed – one of which was still ALIVE and had chewed through his intestine. He was admitted to Jiangsu Provincial Hospital of Traditional Chinese Medicine just one day after he tried the do-it-yourself approach, and was complaining of intense abdominal pain. He told the doctors that he realized they were electric eels, because every time he touched his cell phone, it immediately became fully charged.