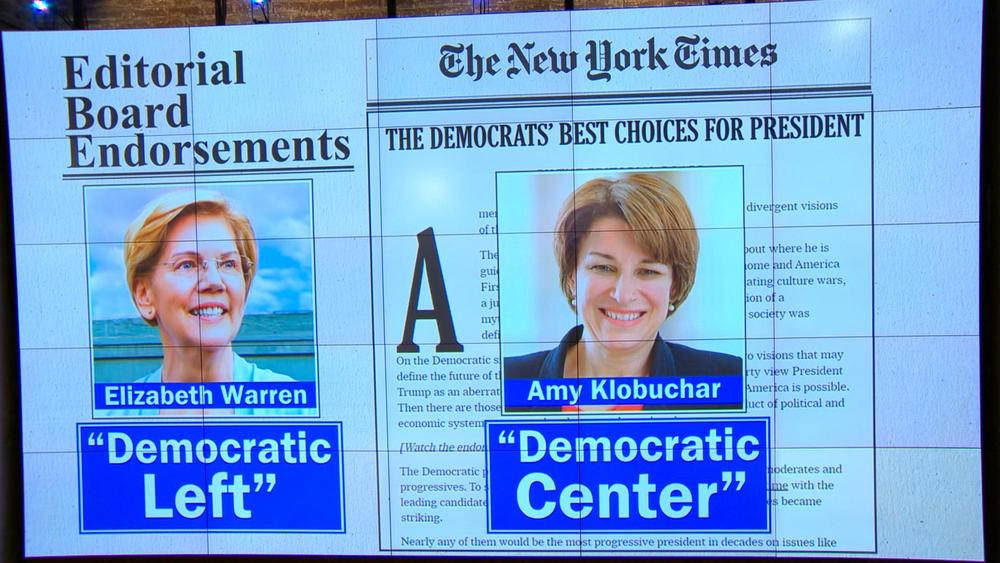 BREAKING NEWS – New York City, New York – The New York Times announced that its editorial board was breaking “from convention” and will endorse two candidates for president in 2020: Minnesota Sen. Amy Klobuchar and Massachusetts Sen. Elizabeth Warren. The paper’s endorsement has traditionally been one of the most coveted for a Democratic politician. The editorial board wrote that in choosing these two candidates, it recognizes that both “radical” and “realist” models should be considered. “It’s not that we are extremely pro-woman,” the editorial board wrote, “but these are the sorriest men we have ever seen run for office in the history of this newspaper, if not since the founding of this nation. We have never seen Bernie Sanders when he didn’t appear to be grumpy and angry over his existence and everyone else’s. Tom Steyer comes off as being so wired, we wonder if he replaced the sugar in his coffee with crystal meth. And Joe Biden redefines ‘stupid’ so often, that Webster’s dictionary has to update the meaning of the word bi-weekly.”