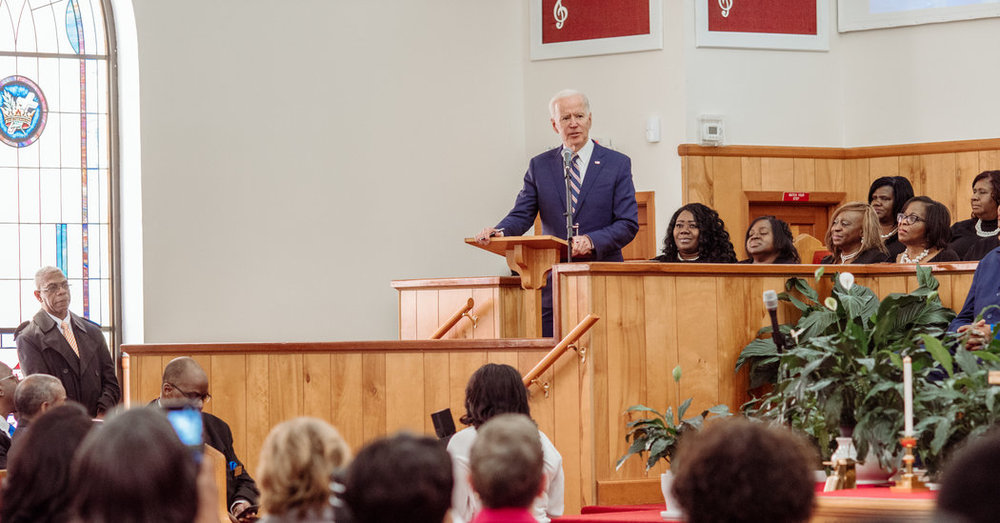 BREAKING NEWS – Columbia, South Carolina – Former vice president Joe Biden delivered a speech before a mostly black congregation at the Bethlehem Baptist Church in which he spoke of race relations. His brief address included tales of the Civil Rights Movement while expressing fear that the progress made during the 1960s was unraveling, at least in part due to President Trump. “Folks, some mornings I wake up and I think it’s more like what it must have been in 1920 than 2020,” Biden said. “I know some of you are thinking to yourselves, what about the speech I made in 1993 in which I suggested that more of you people should be locked up. I was VP to a black president for eight years, and over that time period, I became less fearful of you people, and to my credit, only on a few occasions did I genuinely believe that President Obama should also have gotten locked up.”