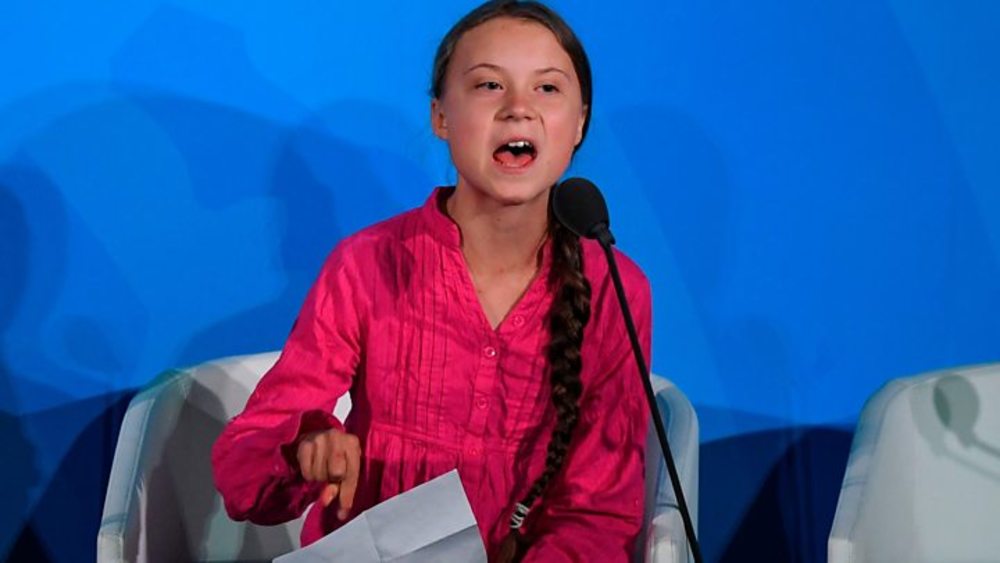 BREAKING NEWS – New York City, New York – There appears to be no love lost between Greta Thunberg and President Trump, who called Time magazine’s decision “ridiculous” to make her “Person of the Year.”

“Your inaction is fueling the flames by the hour,” she said as she took part in a panel discussion hosted by The New York Times, where she told the audience there is a real need for immediate action on climate change. “Let’s be clear. We don’t need a ‘low carbon economy.’ We don’t need to ‘lower emissions.’ Our emissions have to stop. President Trump, like the rest of the loud talking people in this over crowded city, should stop driving altogether and to ban all cars! Where are all these people driving to 24 hours a day? I suggest, nowhere important. They just lay on the horns and shout obscenities out of their windows. I would also like to see these mobile smelly hot dogs stands on every corner outlawed because I find their emissions problematic. Americans should start eating Swedish food, because I think their current diet causes them to be overweight, angry, and stupid.”