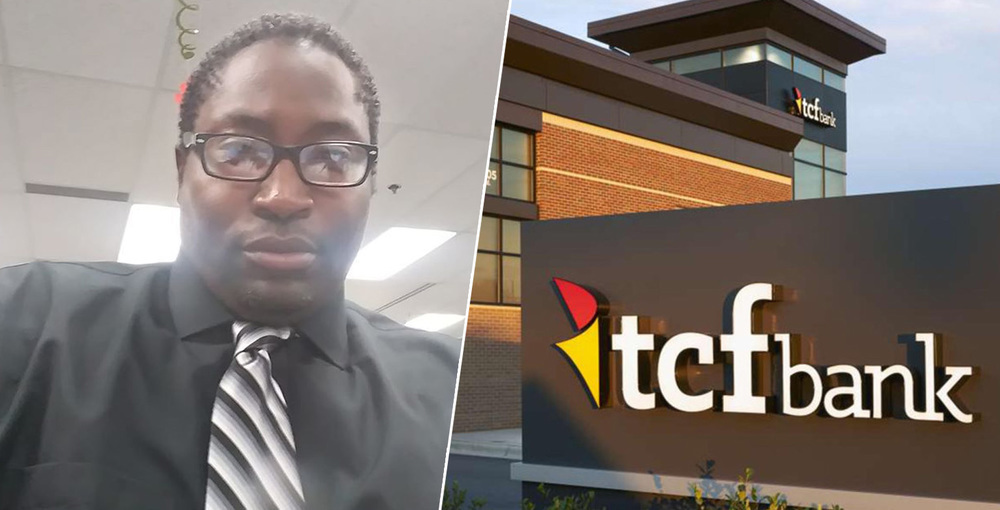 BREAKING NEWS – Livonia, Michigan – A black Air Force veteran is accusing a Detroit-area bank of refusing to deposit money he was awarded in a racial discrimination lawsuit against his employer and calling the police because of his race.

Sauntore Thomas, 44, said he went to the TCF Bank to deposit $99,000, when bank employees said they were having issues verifying his checks. Thomas received the money as the result of a lawsuit against his employer, Enterprise Leasing Company of Detroit, who he accused of racial bias. Thomas’ attorney, Deborah Gordon, said the checks “couldn’t have been more solid.”

“I mean, it’s a ridiculous joke that some nationwide company is going to be handing out fraudulent checks to me, that I’m going them pass on to my client,” she said. “So obviously, they didn’t believe my client. It’s obvious.”

A spokesman for TCF Bank commented on the incident. “There has been a big misunderstanding,” he began. “We are not like those bigots at Enterprise Leasing Company who discriminated against him because he’s black, we were suspicious of him because he’s African American.”