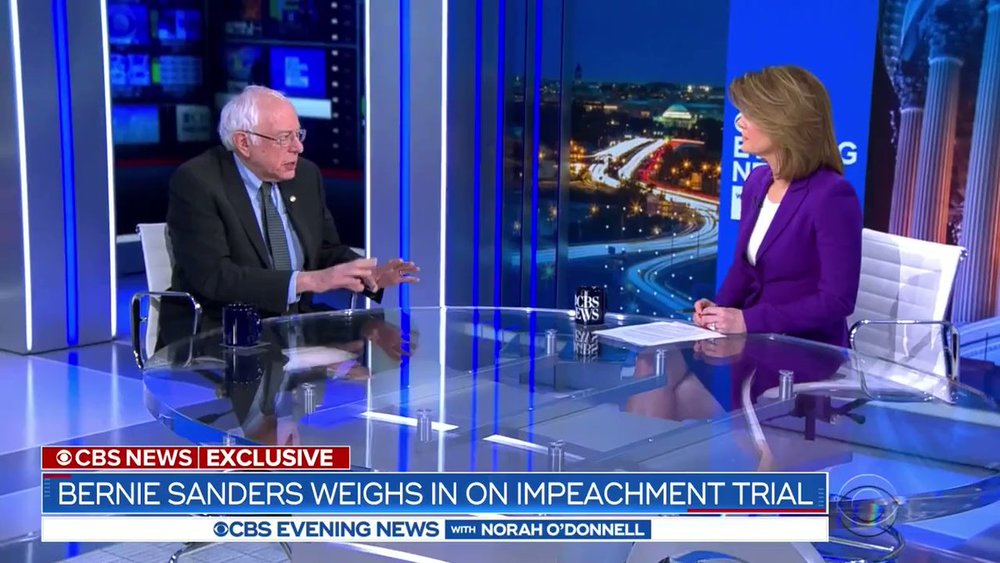 BREAKING NEWS – New York City, New York – On CBS Evening News, Democratic presidential candidate Vermont Sen. Bernie Sanders admitted that he has no idea how much his package of progressive programs would cost the American taxpayer.

“Your agenda has promised free health care for everybody, free college tuition, and to pay off peoples’ college loans. The price tag for that is estimated to be $60 trillion dollars over ten years. Is that correct?” asked Norah O’Donnell of CBS Evening News.

“Well look, we have political opponents…” Sanders began before being cut off and pressed on the question.

“You don’t know how much your plan costs?” O’Donnell responded.

“You don’t know. Nobody knows. This is impossible to predict,” Sanders conceded, leaving O’Donnell stunned.

“You’re going to  propose a plan to the American people and you’re not going to tell them how much it costs?” O’Donnell exclaimed.

Sanders immediately became irritated as the volume in his voice increased dramatically. “Look woman!” he began. “I don’t have to share numbers with the public! My calculations are my personal business! But for the record, the last time I saw the actually cost was early October of last year, which doctors told me was the exact cause of me having a heart attack.”