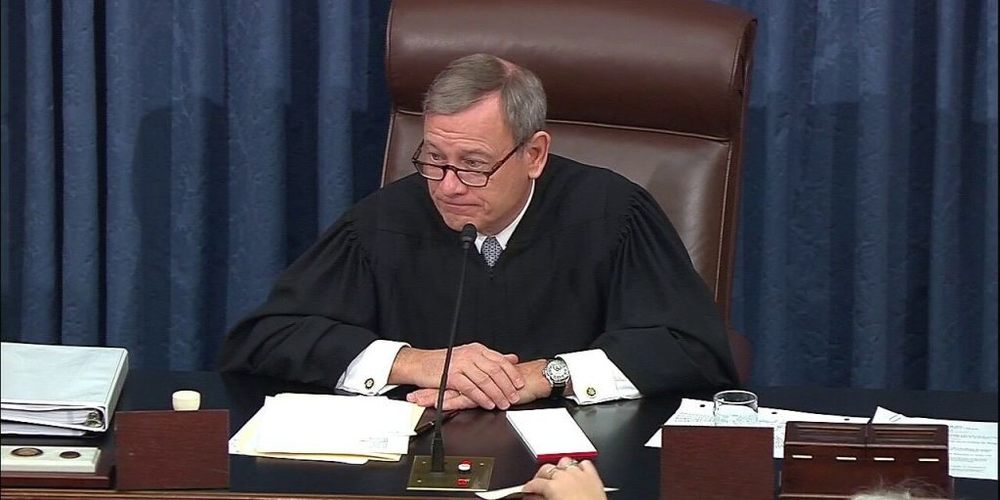 BREAKING NEWS – Washington, D.C. – Chief Justice John Roberts seemed visibly irritated when Sen. Elizabeth Warren, D-Mass., formally asked a question during President Trump’s impeachment trial that referenced him and questioned the legitimacy of the Supreme Court and Constitution in relation to the proceedings.

In accordance with Senate rules, the chief justice of the United States must read aloud the questions posed by senators to the impeachment managers and the president’s counsel. Roberts formally recognized Warren, a Democratic presidential candidate, who then submitted her written question to a clerk.

Roberts read her question from the card — which referenced him.

“At a time when large majorities of Americans have lost faith in government, does the fact that the chief justice is presiding over an impeachment trial in which Republican senators have thus far refused to allow witnesses or evidence contribute to the loss of legitimacy of the chief justice, the Supreme Court, and the Constitution?” Roberts read from the card handed to him by the clerk.

Not realizing that the mic was still on, Roberts was caught whispering under his breath, before someone turned it off. But before the audio was turned down he said, “No wonder you’re talking a nose dive in the polls you fake Apache…”