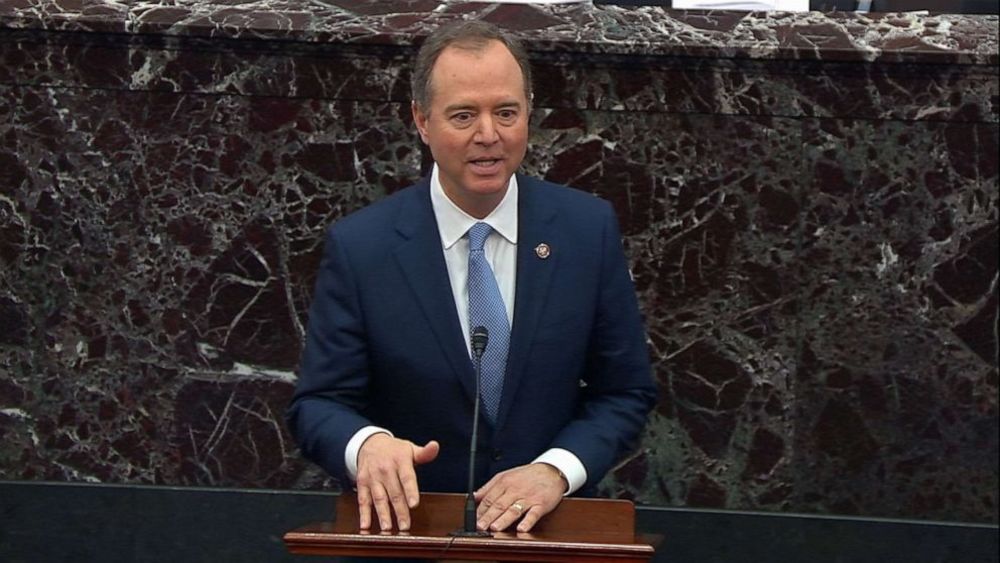 BREAKING NEWS – Washington, D.C. – House Impeachment Manager Adam Schiff (D-CA) made an offer to Republicans on: a limit of one week for witness depositions in the impeachment trial of President Donald Trump.

“In the Clinton trial, there was one week of depositions, and you know what the Senate did during that week? They did the business of the Senate. The Senate went back to its ordinary legislative business while the depositions were being conducted. You want the Clinton model? Let’s use the Clinton model. Let’s take a week. Let’s take a week to have a fair trial. You can continue your business, we can get the business of the country done,” he continued. “Is that too much to ask in the name of fairness? That we follow the Clinton model? That we take one week? I mean, are we really driven by the timing of the State of the Union, should that be our guiding principle? Can’t we take one week to hear from these witnesses?”

When the republicans appeared to reject the idea by their facial expressions, Adam Schiff upped the offer which included him washing their cars for six months, gift certificates to Walmart, and he would pay for the shipping for any item they ordered at Amazon, that cost $50 or more.