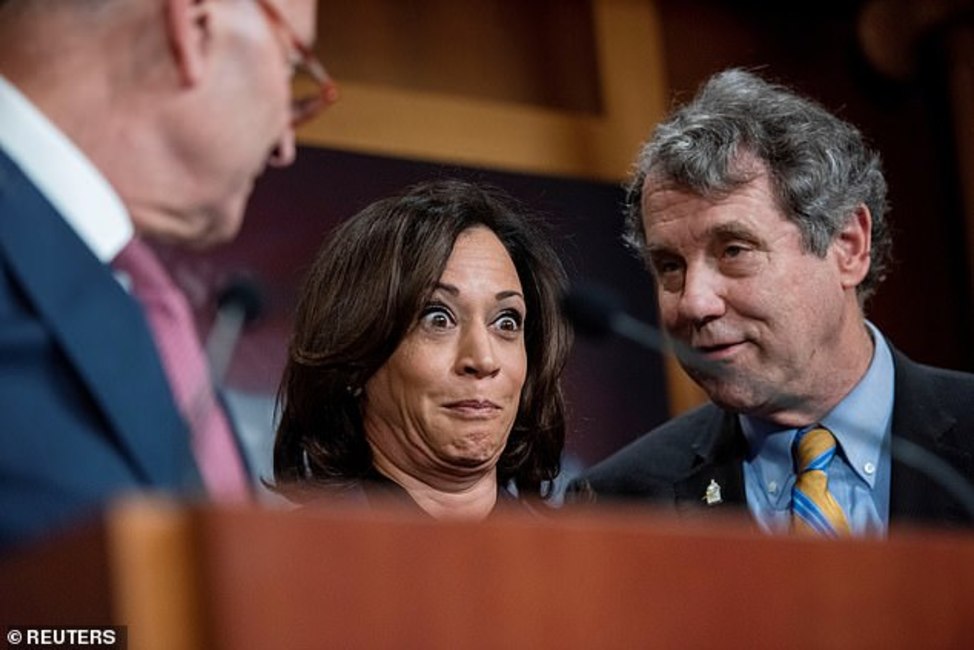 Schumer, joined by Harris, Sen. Sherrod Brown, D-Ohio., and Sen. Patty Murray, D-Wash., held a press conference on Friday as Democrats continued to pressure Senate Republicans to allow additional witnesses to give their testimony. But as a reporter began asking a question to the lawmakers, Harris was seen having a good chuckle with her Ohio colleague, prompting the minority leader to halt Harris’ laughter.

“Don’t you people ever shut up?” Schumer sternly said to Harris.

Harris responded with a facial expression of her own.

Schumer was later asked when he said “you people” was he referring to blacks or women? “Well I was obviously referring to one of them,” he answered. “Which one, is none of you business!”