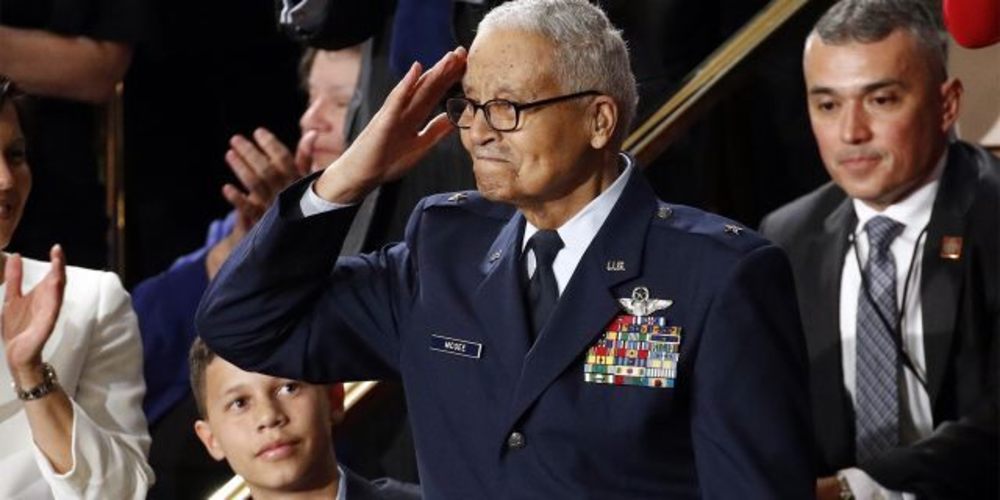 BREAKING NEWS – Washington, D.C. – A 100-year-old retired Tuskegee Airman was lauded by President Donald Trump during his State of the Union address. Charles McGee, one of the last surviving Tuskegee Airmen — the first group of African-American fighter pilots, who served in World War II that shot down Nazi airplanes and went on more than 130 combat missions. McGee, who celebrated his 100th birthday on December 7th, was promoted to brigadier general by the president a few weeks ago.

Congresswoman Maxine Waters was outraged and made it known after the President’s speech. “How dare Charles McGee accept a promotion from… that man! When a democrat eventually becomes president, I will encourage him or her to not only strip McGee of his rank, but to kick that Nazi sympathizer out of this country and send him back to Berlin! The only way I would let him stay, is if he promised to donate the extra money from his promotion to my re-election campaign. This is a clear case of Trump trying to bribe a military officer for reasons unknown! Impeach 45!”