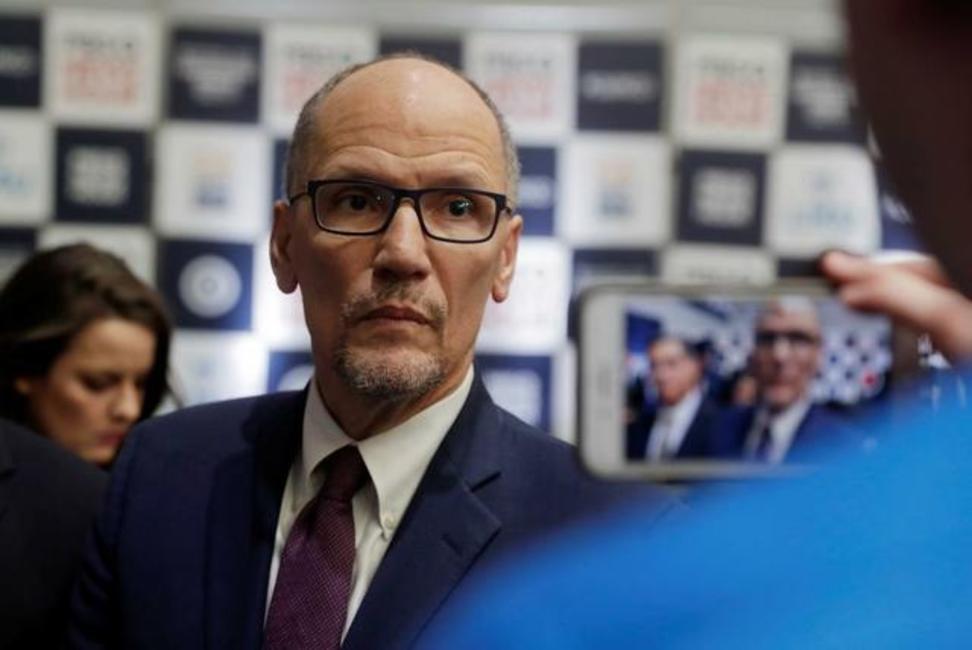 BREAKING NEWS – Washington, D.C. – Despite facing widespread criticism from prominent members from his own party following the debacle with the Iowa caucus, Democratic National Committee Chairman Tom Perez had terse words for those who have called on him to step down from his post.

The DNC boss said that he’s had to make tough decisions during his tenure and admitted that Iowa was a mess. “This has nothing to do with Iowa,” Perez explained. “This has everything to do with the stooges seeking the nomination, which has all liberals frustrated and nervous. But why blame me? I never asked those imbeciles to run. Where is the proof that I am in any way responsible for the ignorance and insanity of those democratic idiots?” His voice cracked and then he was in tears. “I suggested that anyone seeking the nomination of this party should submit to an I.Q. test. That idea was shot down, and now look what we’re stuck with!”