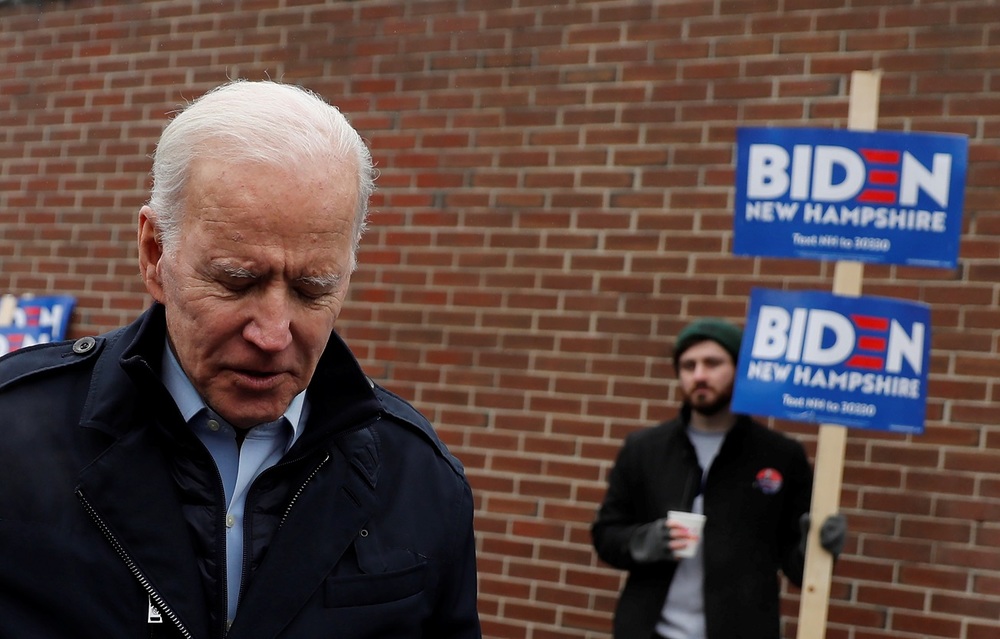 BREAKING NEWS – Manchester, New Hampshire – Joe Biden limped away from New Hampshire with a devastating fifth place finish, zero delegates and the viability of his campaign in question.

It’s a precipitous fall for the former vice president, who entered the 2020 race last year with a lead in nearly every national and state poll.

By Tuesday night, Biden was so diminished, he fled the first-in-the-nation primary state before the polls even closed. Instead, he attended a “launch party“ in South Carolina, the state long considered his firewall.

“I blame my loss on the media constantly trying to portray me as some doofus that doesn’t know anything about geography,” he explained. “I knew I would have problems winning on the east coast and Midwest, which are the first two primaries. And I’ll probably have problems in the south. But I expect to run the tables out west, with states like California, Oregon, and Maine.”