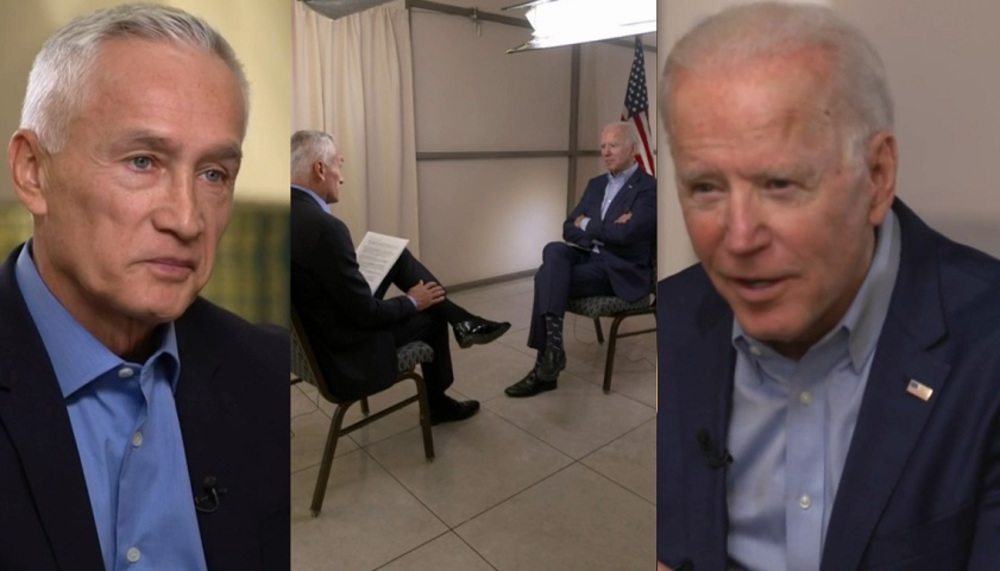 BREAKING NEWS – Las Vegas, Nevada – Going further than he ever has in expressing regret over Obama administration immigration policy, presidential candidate Joe Biden called it a “big mistake” to have deported hundreds of thousands of people without criminal records.

“With the deportations, most of the people that you deported, they didn’t have a criminal record,” Ramos said. “Is that wrong? Because you haven’t, many are people are expecting you to apologize for that, to say that it was wrong.”

“But your administration deported 3 million people, more than ever,” Ramos fired back.

“I’m sorry, Mr. Vice President, but the numbers that I have from the Department of Homeland Security, you deported more than 3 million people, 1.7 million with no criminal records,” Ramos responded. “In fact, the Obama administration deported 42,946 more people than George W. Bush, Bill Clinton, and George H.W. Bush combined.”

At that point Biden stood and began yelling. “Either you are using Mexican math or the metric system!” And before he ended the interview and stormed off he shouted, “And there is one person in this room that I deeply regret we never deported!”