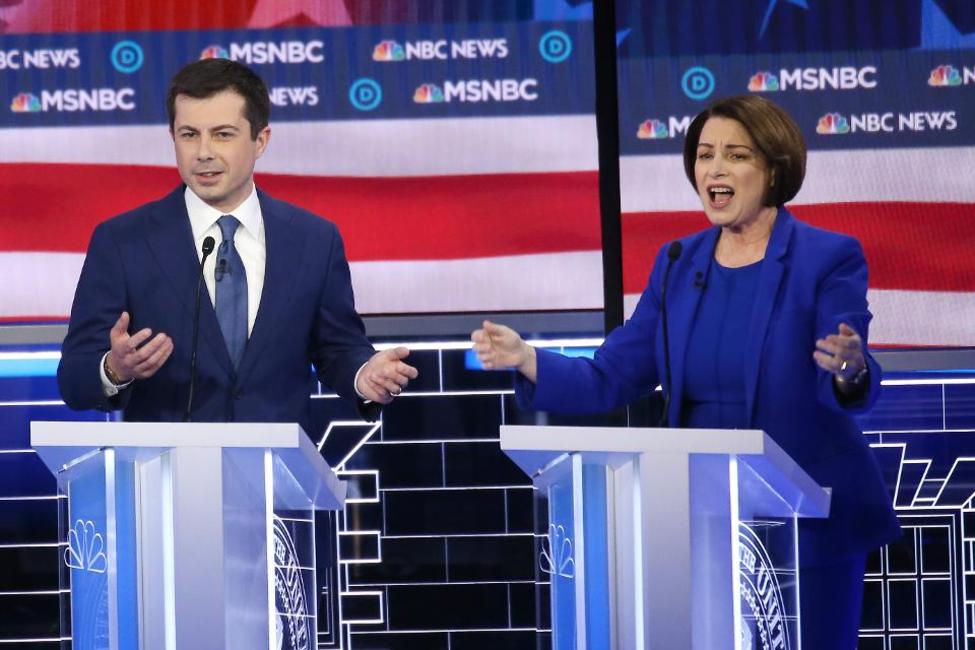 In an interview with Telemundo last week, three of the Democratic contenders — Klobuchar, Buttigieg and billionaire Tom Steyer — were asked who the president of Mexico is and none but Buttigieg was able to correctly name President Andrés Manuel López Obrador.

“Are you trying to say that I’m dumb? Are you mocking me here, Pete?” Klobuchar said to Buttigieg, clearly irked. “You are struggling big time with black support. Almost 75% of all NBA players are black. Can you even name the four NBA teams in California?”

“Your question is dumb, but I’ll answer it. The L.A. Lakers, the L.A. Clippers, the Utah Jazz, and the San Francisco 59ers.”