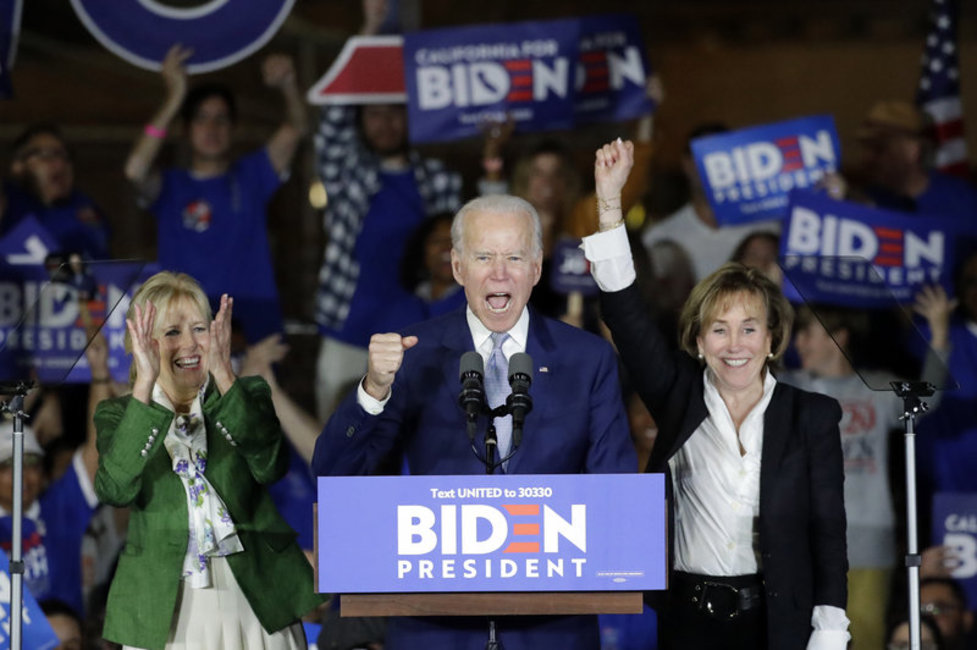 BREAKING NEWS – Washington, D.C. – The Democratic presidential contest is now a two-man race. Bernie Sanders went into Super Tuesday the front-runner, but it was Joe Biden’s night. The former vice president rode a surge of momentum out of his big win in South Carolina on Saturday and established himself squarely as the principal alternative to Sanders. Biden also won a majority of states, including Texas. Sanders was so surprised and angry at Biden’s impressive victories, that he is now threatening legal action. “The establishment is out to get me,” he angry stated after the devastating losses. “Thus some time today, I will go the nearest federal courthouse and request an injunction, that will order Michael Bloomberg, Amy Klobuchar, Tom Steyer, and Pete Buttigieg to immediately get back in the race! This is a conspiracy against me and it has to stop! I want the judge to rule quickly, and I informed the court that I can be reached at my monthly meeting with the descendants of Joseph Stalin.”