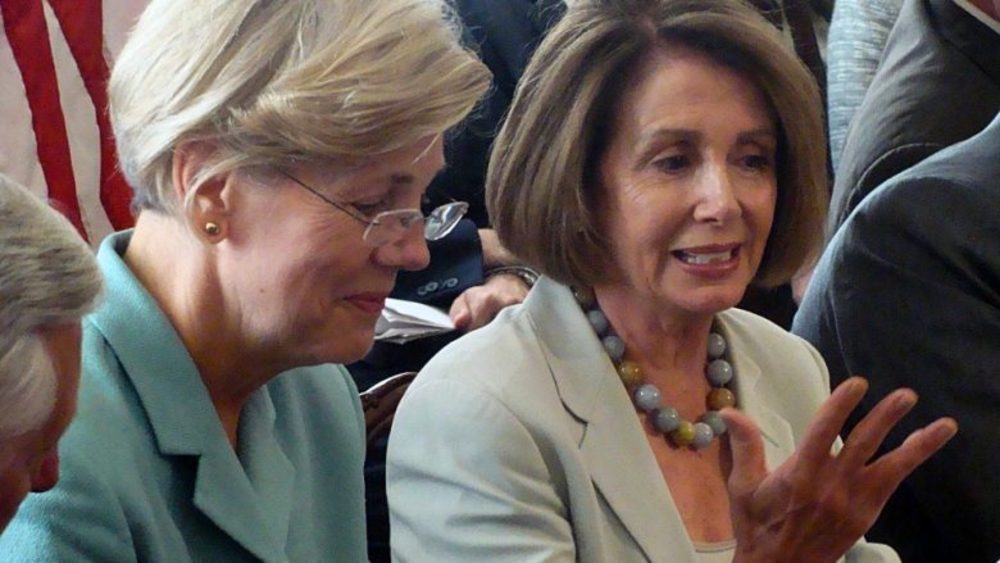 BREAKING NEWS – Washington, D.C. – House Speaker Nancy Pelosi said she is “encouraged” by the ideological debates within the Democratic Party now represented by Sen. Bernie Sanders, I-Vt., and former Vice President Joe Biden, but lamented not having a female candidate in the general election.

Pelosi said during a press conference that there were “great candidates,” specifically touting Sens. Elizabeth Warren, but hypothesized as to why they came up short. “I do think that there’s a certain element of misogyny that is there. And some of it isn’t really mean-spirited, it just isn’t their experience,” Pelosi said. She claimed that some people have “their own insecurities” that prevent them from voting for a woman. “Her campaign took a major hit after she refused to answer the question she was repeatedly asked, will the taxes of the middle class go up?” said Pelosi. “People rejected her because she refused to answer a question? How is that fair? Wives have been refusing to answer uncomfortable questions from their husbands since humans walked on earth. We will just stand there and stare at them as if our husbands don’t exist, and wait for them to get frustrated, storm off, and leave us alone. Yet that is not a cause for a divorce. And based on my rational explanation, voters shouldn’t have rejected Warren using the exact same logic.”