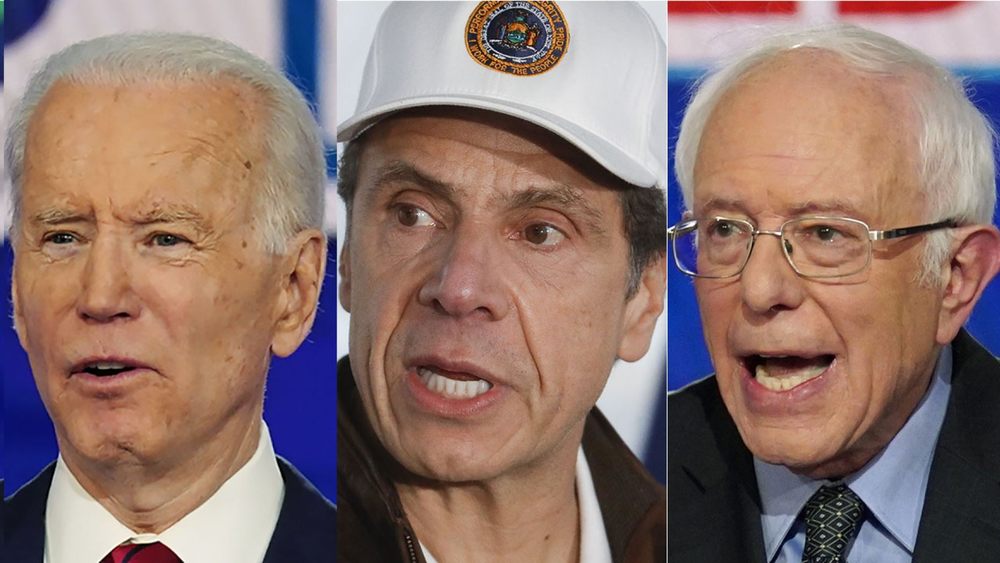 BREAKING NEWS – New York City, New York – Have Democrats found an alternative to Joe Biden and Bernie Sanders for the party’s 2020 presidential nomination? Some seem to think so: The hashtag #PresidentCuomo — referring to New York Gov. Andrew Cuomo — was trending on social media Saturday as the party’s voters continued to mull who should take on President Trump in November. A reporter asked Biden about the possibility of Cuomo being the best qualified to take on Trump.

“I am the best qualified, by far,” the former vice president emphatically stated.

“Do you think voters will look at Cuomo’s heritage, and equate him to one of the Sopranos?” asked the reporter.

“Sopranos?” answered Biden. “I don’t think his high pitched voice has anything to do with his political skills. I think he is just as qualified as a baritone. And for the record, I deplore all discrimination, including voice bigots.”