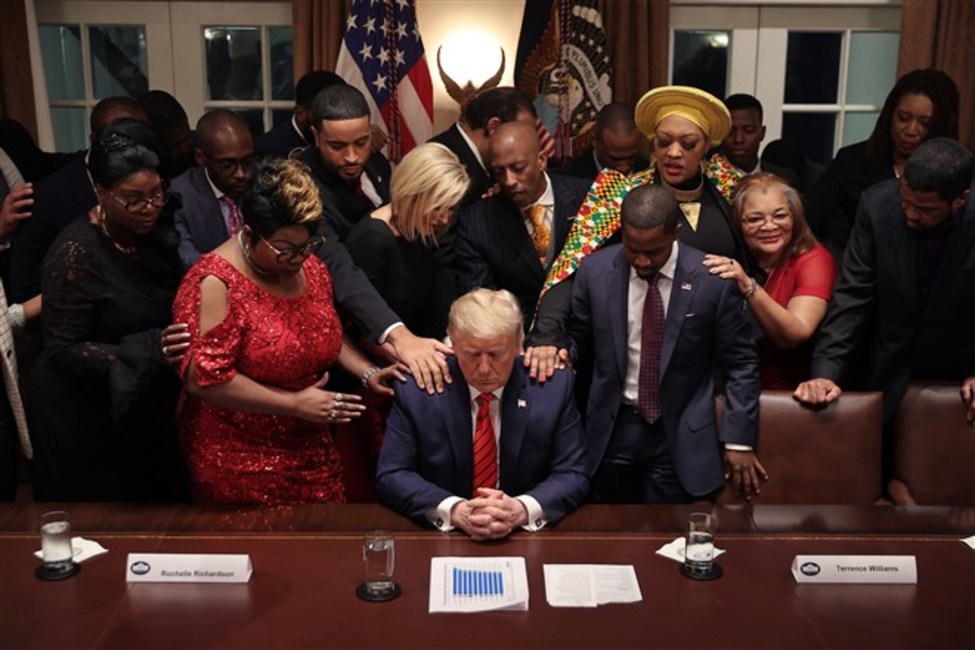 BREAKING NEWS – Washington, D.C. – African American supporters laid their hands on President Donald Trump as they prayed for him at the conclusion of a news conference and meeting at the White House. Reverend Al Sharpton was not invited and found the meeting objectionable. “Will those people ever learn,” he began. “God only listens to and answers prayers by black liberals, not black conservatives. I know it because He told me. The Almighty also told me that he wants the IRS to lovingly forgive all of the back taxes that I owe, and that He is going to condemn to hell, all of the people that laughed at me when I mispronounced simple words everyday while I had my own show on MSNBC.”