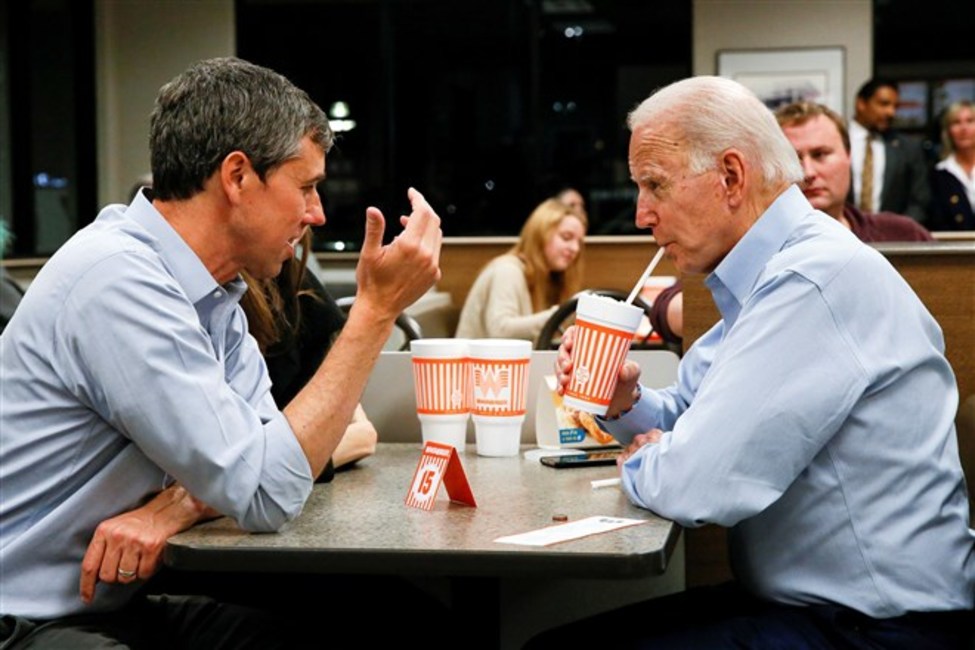 BREAKING NEWS – Dallas, Texas – Former presidential candidate Beto O’Rourke and Joe Biden were seen at a Whataburger after O’Rourke endorsed Biden’s campaign for president. O’Rourke was trying to teach Biden basic math when he asked him what was 3 x 5, and keeping the answer facing the former Texas Congressman. After his first fourteen guesses were incorrect, Biden eventually guessed the correct number after giving five guess during each Coke he drank.