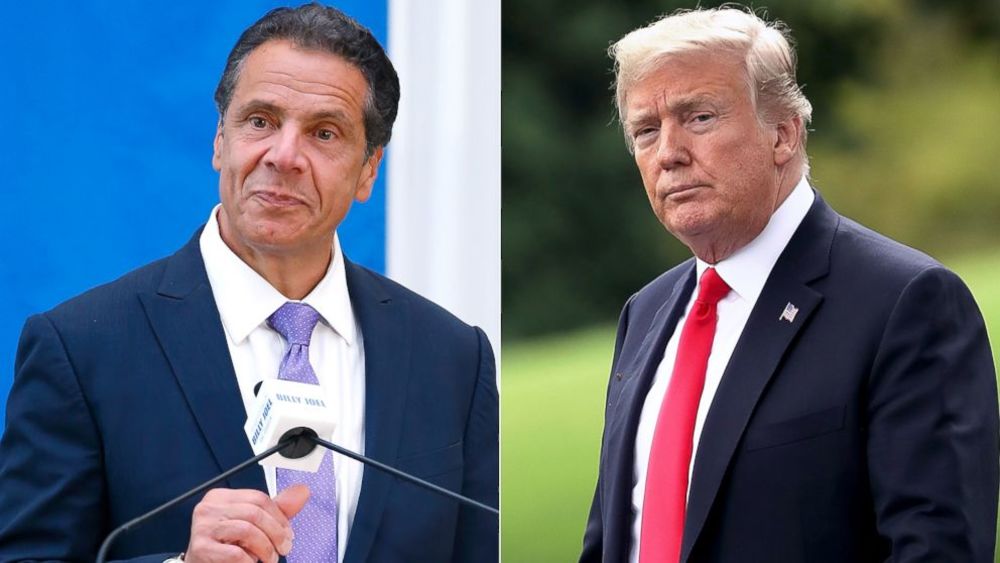 BREAKING NEWS – New York City, New York – New York Gov. Andrew Cuomo is making it clear he’s “not engaging” with President Trump when it comes to politics and insisted that he’s not “running for president” in 2020 — despite the chatter.

The three-term governor of the state hardest hit by the coronavirus pandemic made the comments hours after President Trump – in an appearance on “Fox and Friends” – said, “I wouldn’t mind running against Andrew.”

“As far as the president’s comment about having a political contest with me, I am not engaging the president in politics,” said Cuomo. “My only goal is to engage the president in a partnership. Thus I am not taking the bait. He wants me to say something negative about the remaining two idiots that are seeking the nomination, but I won’t do it. He wants me to make unflattering comments about a bitter deranged socialist, and a man that often has no idea where he is or who he is, but I won’t bite. I won’t play Trump’s games, he can try that stuff on others, but’s he’s wasting his time trying to get me to participate. He can play his mind games with someone else, because I won’t fall for it.”