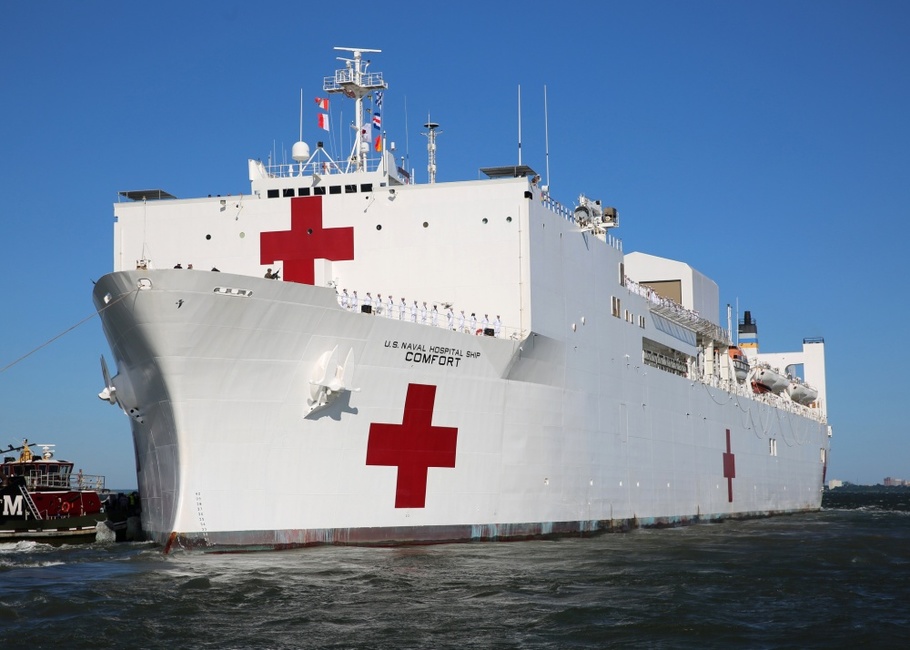 BREAKING NEWS – New York City, New York – The USNS Comfort arrived Monday at the front lines of the coronavirus outbreak in the United States just 10 days after MSNBC host Rachel Maddow told her viewers it was “nonsense” to think the ship could be ready to help New Yorkers this quickly.

“There is no sign that the Navy hospital ships that the president made such a big deal of, the Comfort and the Mercy, there is no sign that they’ll be anywhere on-site, helping out anywhere in the country, for weeks yet,” Maddow said on March 20. The Comfort arrived Monday — 10 days after her claim. The liberal network did not immediately respond to a request for comment, but an unnamed staffer recorded Maddow’s reaction of camera when she heard the news.

“The only reason why it arrived so quickly, was to show Fox viewers that this network and me are wrong again!” she angrily shouted. “I hate the president, I hate him, I hate him!” she yelled as it appeared she was near tears. “And I’ll tell you what, if I had the capacity and a submarine, I would’ve sank that ship as it approached New York in front of thousands of horrified onlookers. And when that would’ve happened, as the Comfort would’ve slipped beneath the wavers along with all of the medical staff, people would’ve realized what an insensitive mentally unstable liar President Trump is!”