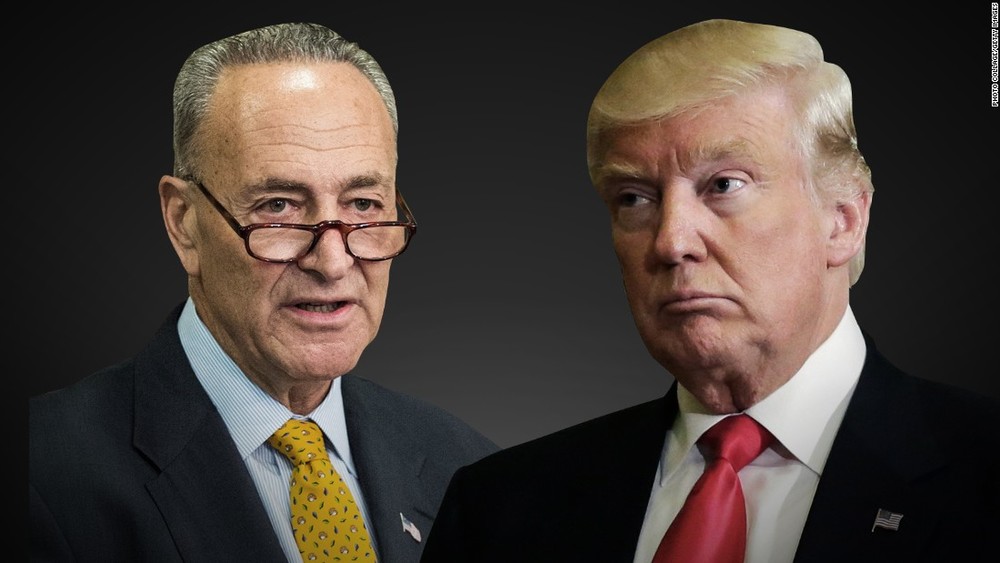 BREAKING NEWS – Washington, D.C. – President Trump fired back at Senate Minority Leader Chuck Schumer, D-N.Y., in a scathing letter, responding to criticism of his handling of the coronavirus crisis, telling Schumer: “I never knew how bad of a senator you are.” He continued, “If you spent less time on your ridiculous impeachment hoax, which went haplessly on forever and ended up going nowhere (except increasing my poll numbers), and instead focused on helping the people of New York, then New York would not have been so completely unprepared for the ‘invisible enemy.’ No wonder AOC and others are thinking about running against you in the primary. If they did, they would likely win.”

Schumer responded with his own letter. “It seems to me that every time we interact, you reference Alexandria Ocasio-Cortez and other members of ‘The Squad’. A real man would attempt to stand up to me, instead of wimping out and constantly referring to four intellectually weak hollow-headed women.”