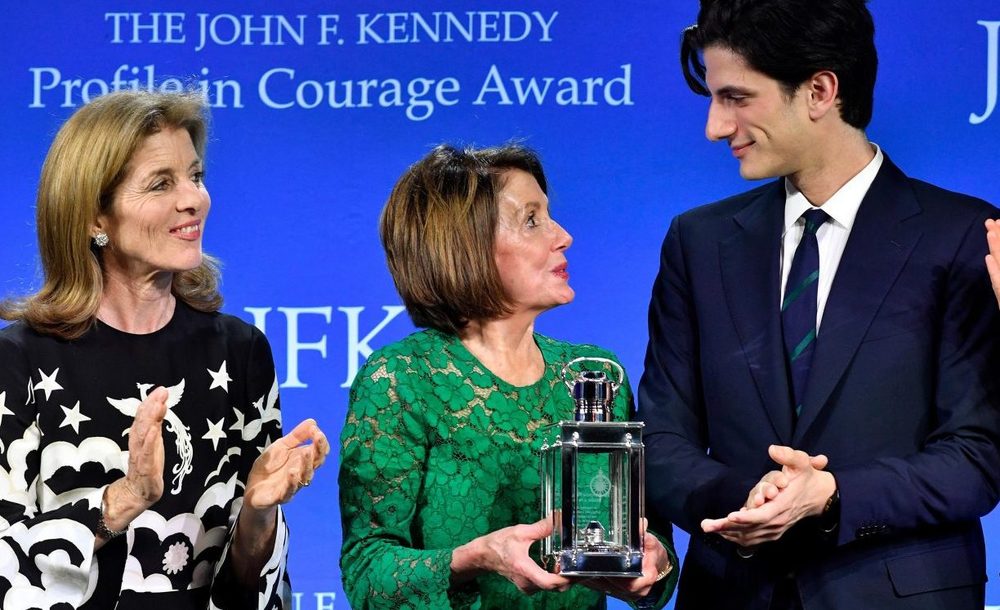 BREAKING NEWS – Boston, Massachusetts – House Speaker Nancy Pelosi was named the recipient of this year’s Profile in Courage Award by the John F. Kennedy Library Foundation. The award, which has been called the Nobel Prize for public figures, is given for an act, or a lifetime, of political courage.

A spokesman for the foundation explained their reasoning. “What Nancy Pelosi did was incredible,” he began. “It took a lot of courage for her to spearhead all of her pointless investigations into President Trump, and not having a public emotional breakdown after repeatedly suffering humiliating losses. A lesser person would’ve became psychologically disoriented and possibly addicted to numerous substances, after constantly being made a fool of on national tv. But Pelosi weathered the storms and maintained most of her sanity. She should also be admired for not literally strangling all four members of ‘The Squad’ on camera, and instead deciding to leave it at an ongoing daily fantasy.”