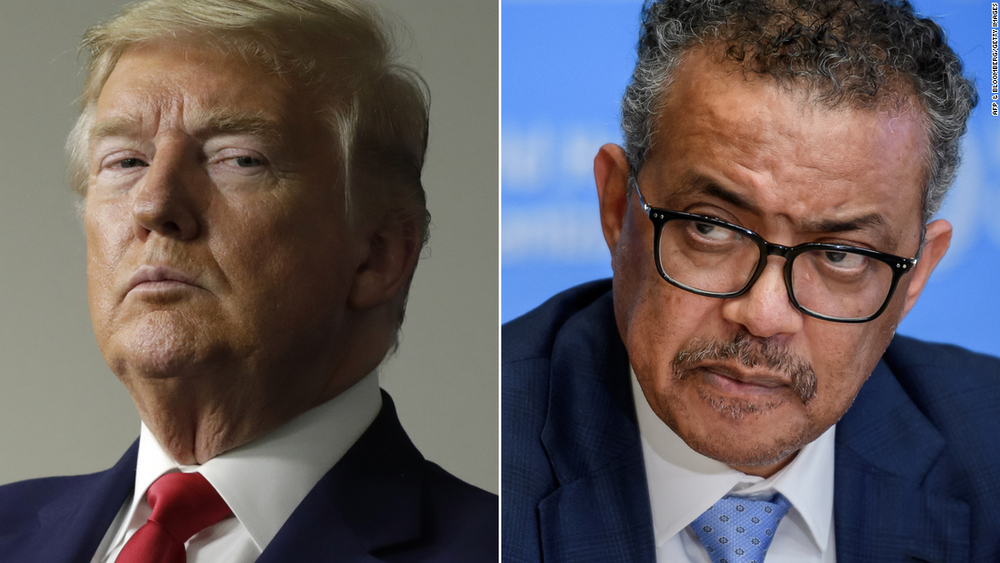 BREAKING NEWS – Washington, D.C. – President Trump announced at the White House coronavirus news briefing in the Rose Garden on Tuesday that the United States will immediately halt all funding for the World Health Organization (WHO), saying it had put “political correctness over lifesaving measures.” The United States is the WHO’s largest single donor, and the State Department had previously planned to provide the agency $893 million in the current two-year funding period.

In the meantime, Trump declared that the United States would undertake a 60-to-90 day investigation into why the “China-centric” WHO had caused “so much death” by “severely mismanaging and covering up” the coronavirus’ spread, including by making the “disastrous” decision to oppose travel restrictions on China.

The World Health Organization chief Tedros Adhanom Ghebreyesus responded saying it was big misunderstanding. “Due to the global linguistic differences, it was a miscommunication in the translation,” he explained. “When President Trump wanted ‘travel restrictions’, I thought he said ‘gravel restrictions’, and I didn’t see any need to reduce the amount of small pebbles that are exported to China. I also apologize for me initially thinking the ‘pandemic’ was a ‘pan dented’, which cause me to warn the nations not to abuse cookware.”