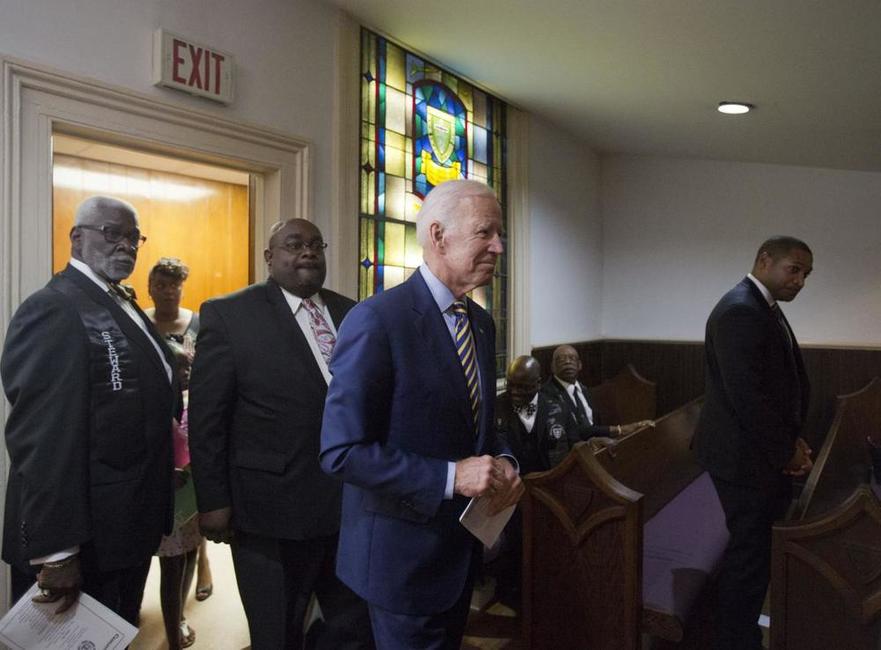 BREAKING NEWS – Charleston, South Carolina – While campaigning at Morris Brown AME Church, former Vice President Joe Biden laid out his plan for reopening the country in an op-ed for the New York Times in which he argued that beating “the virus is the ultimate answer to how we get our economy back on track,” while bashing the Trump administration’s initial, sluggish response to the coronavirus outbreak.

“As we prepare to reopen America, we have to remember what this crisis has taught us: The administration’s failure to plan, to prepare, to honestly assess and communicate the threat to the nation led to catastrophic results,” Biden wrote. “We cannot repeat those mistakes. His first big blunder was the travel ban on January 31st, without being specific. He did not let anyone know if he was referring to a headband or a wristband. And why would he mandate people wearing those back then? My guess is, they would’ve had ‘Make America Great Again’ written on them to promote his presidency. I know the bible fairly well and I often read it from cover to cover starting with… uh… the Book of Adam. According to my sources, Trump was considering having people wearing wristbands and headbands that coincided with the Book of Revelation, for people to show their allegiance to the anti-Christ, by having printed on them the Mark of the Beast which is ‘999’. Keep in mind, during the end times, biblical ignorance will be rampant.”