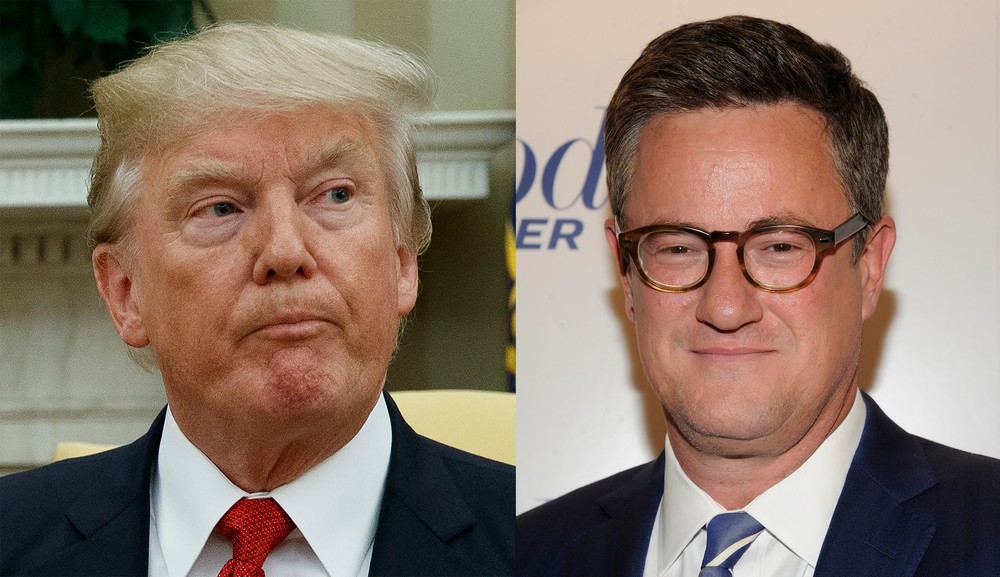 BREAKING NEWS – Washington, D.C. – President Trump clashed with MSNBC personalities Tuesday morning as he went on a tear against the media and host Joe Scarborough in particular.

“Watched the first 5 minutes of poorly rated Morning Psycho on MSDNC just to see if he is as ‘nuts’ as people are saying. He’s worse. Such hatred and contempt! I used to do his show all the time before the 2016 election, then cut him off. Wasn’t worth the effort, his mind is shot!” Trump tweeted, referring to MSNBC’s “Morning Joe”.

The president went on to tout his own “ratings,” referring to his daily coronavirus task force briefings. “I’ve had great ratings my whole life, there’s nothing unusual about that for me. The White House News Conference ratings are through the roof.”

Scarborough responded in a tweet. “Mr. President, if that was a cheap shot at our falling ratings, you gotta be kidding. People thought we here at MSNBC were imbeciles long before you got elected. Our poor ratings and viewers abandoning us, has nothing to do with you, but is more a reflection of our blatant bias, and the consistent hiring of morons to host shows, along with the continuous line of idiot liberals as guests. So once again, I have proven that you are trying to take credit for something that has nothing to do with you.”