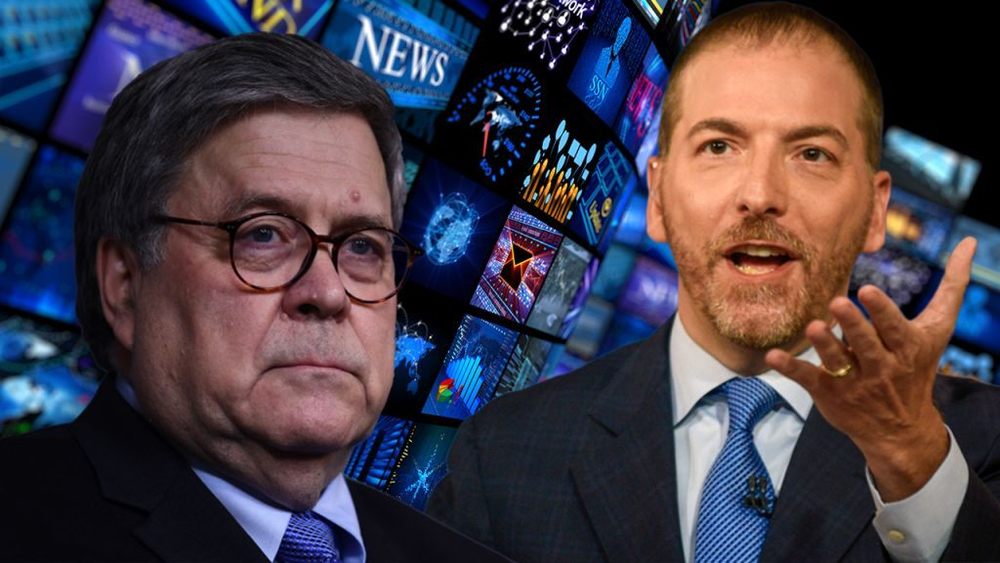 BREAKING NEWS – New York City, New York – NBC News’ Chuck Todd aired a deceptively edited clip of Attorney General Bill Barr discussing the Michael Flynn case during his “Meet the Press” broadcast on Sunday, prompting the network to concede the mistake hours later — but there is still no word on whether Todd will apologize on-air.

In response, the “Meet the Press” Twitter account posted: “You’re correct. Earlier today, we inadvertently and inaccurately cut short a video clip of an interview with AG Barr before offering commentary and analysis. The remaining clip included important remarks from the attorney general that we missed, and we regret the error. We promise that in the future, that deceptive edits will be done more skillfully, to ensure they are seamless and more difficult to detect by nitpicking conservatives. Here at NBC, we strongly believe in accountability, thus we fired the engineer that edited the video per Chuck Todd’s exact specifications.”