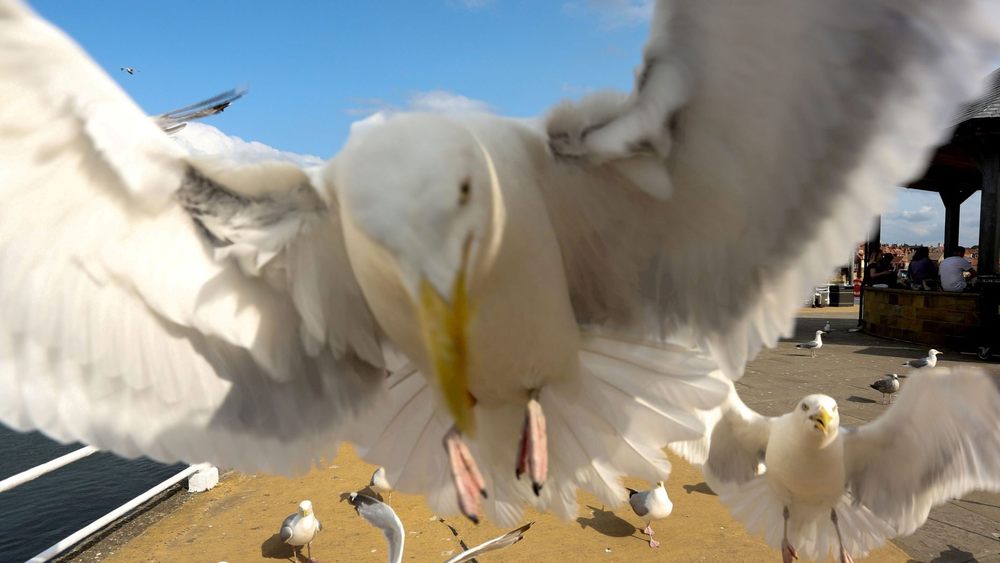 BREAKING NEWS – Worcester, England – Greedy seagulls that are plaguing a city have been blamed for devouring dozens of donations left outside a charity food bank. The dive-bombing gulls – branded “vicious flying rats” – have been a menace for people living in Worcester, England, for years.

Former Tory MP and city councilor Alan Amos have demanded urgent action after it emerged that the birds were damaging people’s mental health. In the latest attack, dozens of bags of donated food were ruined outside the city’s food bank over the weekend. Amos also noted that the seagulls have learned to time their attacks. “According to our data, the seagulls are reluctant to launch an attack around 4 p.m.,” he explained. “And we believe that’s because they don’t want to risk people scowling them by throwing some hot tea on their feathers.”