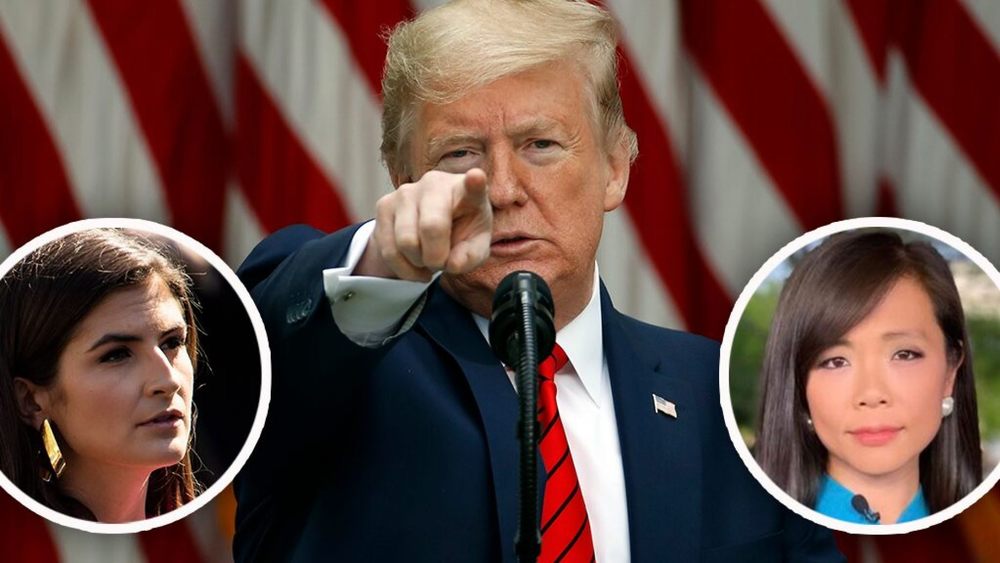 “You’ve said many times that the U.S. is doing far better than any other country when it comes to testing. … Why does that matter? Why is this a global competition to you if everyday Americans are still losing their lives and we’re still seeing more cases every day?” Jiang asked.

Trump responded by taking aim at China, a country that some suspect has not been releasing accurate data regarding its own coronavirus cases and deaths.

“Well, they’re losing their lives everywhere in the world. And maybe that’s a question you should ask China,” Trump told Jiang. “Don’t ask me, ask China, okay? When you ask them, you may get a very unusual answer.”

Trump then got into a dustup with CNN’s Collins, who approached the microphone. “I think that was a racist comment,” she began. “Would you ask LeBron James about a basketball team that he used to be on? Or maybe ask him about street gangs that we know at least 95% of all black youths are involved in, unless they were lucky enough to live in an uppity white neighborhood where I currently reside? I’m personally afraid of those baggy pants wearing teenagers. But getting back to you sir, your comment was insensitive and you know it!”