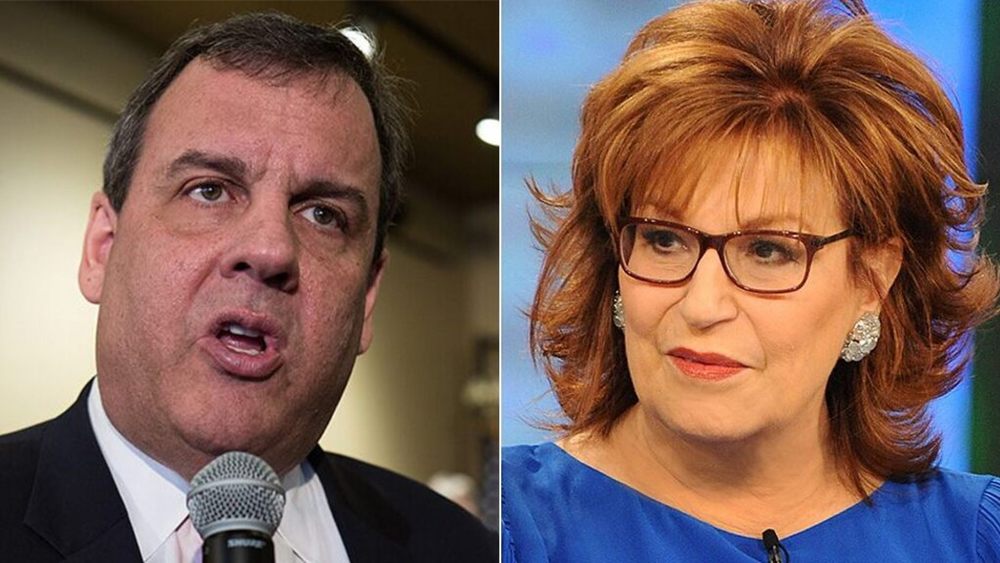 Christie said it was “unfair” for Behar to say Republicans don’t support the issues that she suggested, calling it a “typical Democratic talking point.”

Christie said “people want their lives back,” but Behar disagreed.

“That’s just wrong. That’s absolutely wrong. It’s your point of view, and you’re welcome to it, but you’re not welcome to your own set of facts,” Christie said.

At that point Behar went ballistic. “What do you mean I’m not welcome to my own set of facts? As a woman, I certainly am! We run on emotions, and we do not like being told we are wrong, even when we’re clearly wrong!” She then snatched off her glasses and slammed them down and it sounded like they were shattered as she began crying. “I want Trump out of office in November and I don’t care if half of the country starves to death, as long as voters blame him, and it causes him to lose! I have been locked up in my home and it feels like for years! I get emails from fans, friends, and even may grandchildren on how awful I look with little to no make-up, plus I have cracked every mirror in this house!” She then paused for a moment. “Ok, I’m ugly, but do not correct me, or I’ll end this ******* interview!”