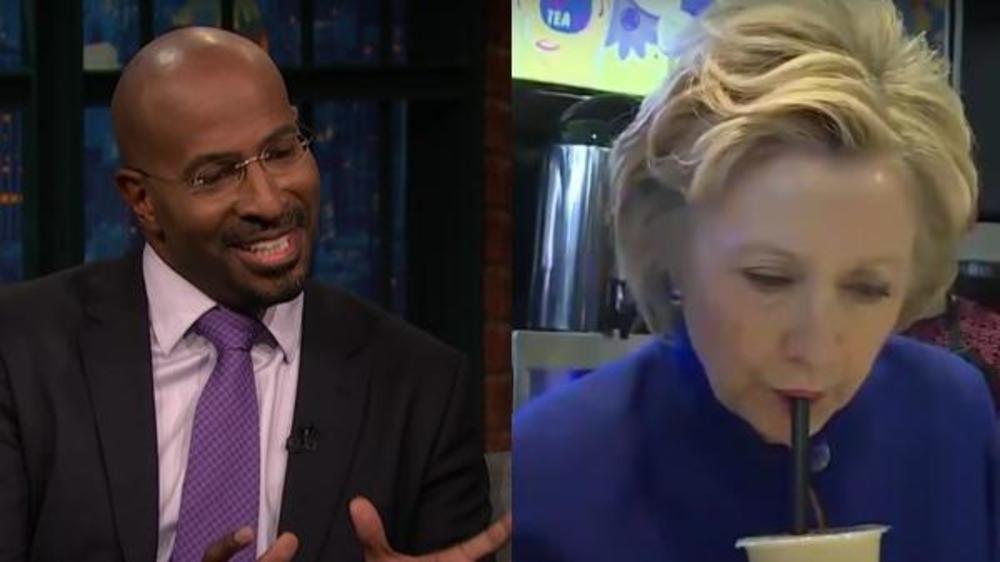 BREAKING NEWS – New York City, New York – CNN’s Van Jones said a “white, liberal Hillary Clinton supporter” could pose a bigger threat to African Americans than the Ku Klux Klan when discussing the state of race relations in the United States following the violent protests that erupted in Minneapolis, and the false accusations made against an African-American man by a white woman in Central Park in New York City.

“It’s not the racist white person, who is in the Ku Klux Klan that we have to worry about. It’s the white, liberal Hillary Clinton supporter walking her dog in Central Park,” began Jones. “We blacks supported that witch in 2016 and it was mistake. Most of us are so embarrassed that we voted for that empty-headed drunk, guilt prompts us to avoid the subject at all costs. I know that God forgives sins. Every black person that supported her four years ago that hasn’t begged God for forgiveness, I have no doubt on Judgment Day they will be drop-kicked into the pit of hell!”