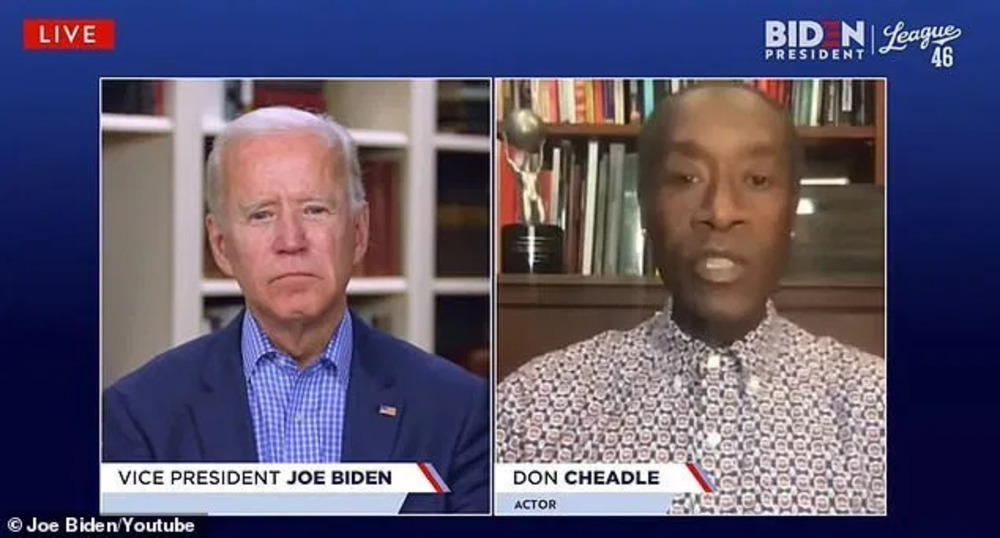 “The words a president says matter, so when a president stands up and divides people all the time, you’re going to get the worst of us to come out,” Biden told actor Don Cheadle, who was moderating the virtual town hall.

“Do we really think this is as good as we can be as a nation? I don’t think the vast majority of people think that…,” Biden continued. “There are probably anywhere from 10 to 15 percent of the people out there that are just not very good people. In numbers, that’s about 35 million people. And who are they? A good portion are the black people that I had locked up thanks to the 1994 Crime Bill that I wrote, plus black people who ain’t really black because they are not supporting me. Either way, I think I have enough support to defeat President Trump, because countless times he has proven how racially insensitive he is.”