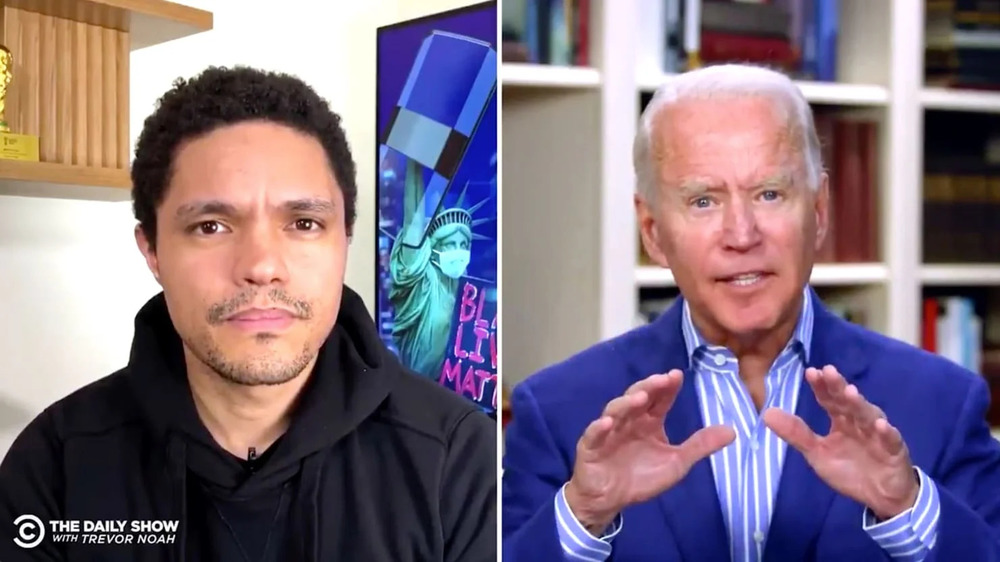 BREAKING NEWS – Dover, Delaware – Joe Biden used an appearance on a late-night comedy show to address a popular topic of speculation among Democrats: Would President Trump peacefully give up power if he loses November’s election?

If Trump doesn’t, Biden told host Trevor Noah of Comedy Central’s “The Daily Show,” then he’s “absolutely convinced” the U.S. military would step in to assure a transition to a new president. “People have often accused me of having a faulty memory, having the early signs of dementia, and often getting facts wrong,” said Biden. “So, on a serious note, I am positive that if Trump loses and refuses to leave, it would unite General Robert E. Lee and General Ulysses S. Grant to lay down their muskets and forcibly remove Trump from the White House. And this is not just my opinion, because I recently had a town hall meeting with some pilgrims that feel the exact same way!”