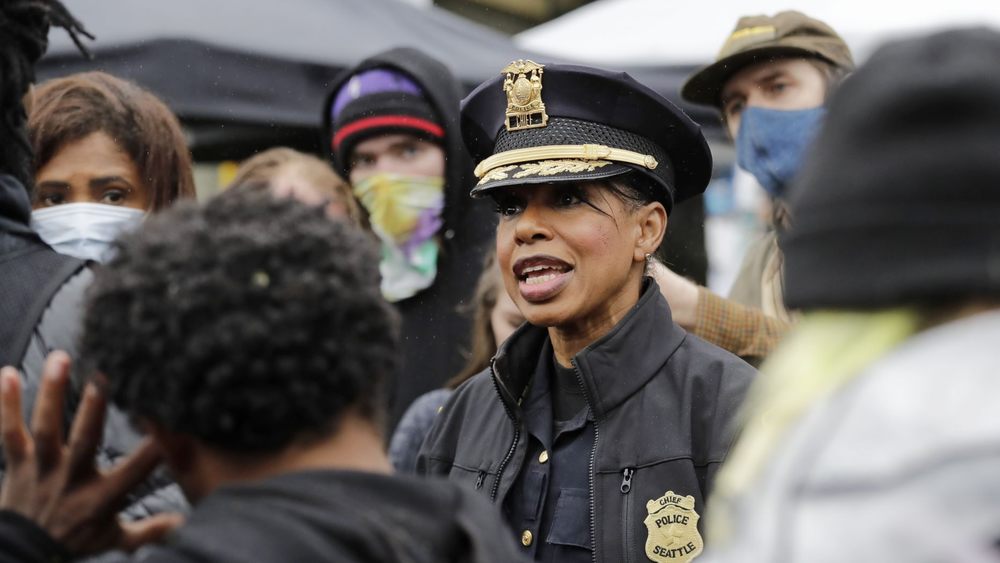 BREAKING NEWS – Seattle, Washington – Seattle Police Chief Carmen Best announced she had an “epiphany” that “policing will never be the same” as her department remains locked out of the East Precinct.

She appeared on CBS’s “Face the Nation” to discuss the recently renamed Capitol Hill Organized Protest (CHOP) zone, where she talked about how the future of policing in the city will forever change in response to both local and national demonstrations.

“And I just realized it was a moment, an epiphany, that this is a pivotal moment in history,” stated Best. “We are going to move in a different direction and policing will never be the same as it was before.”

The police chief expressed desire in returning to the East Precinct after previously denying responsibility in the decision to leave. She did, however, note that it was unclear when the occupation would end.

“Hopefully the protesters will allow us to return the police station,” she explained. “Right now, I can’t go over there since that area was declared a sovereign nation by the protesters, and I have to go through the U.S. Embassy to get permission to enter those few blocks. However, I am a patient woman, and I’ll wait until Antifa and Black Lives Matter finish rewriting the local laws that I’ll enforce, assuming my loyalty isn’t question by them and they fire me.”