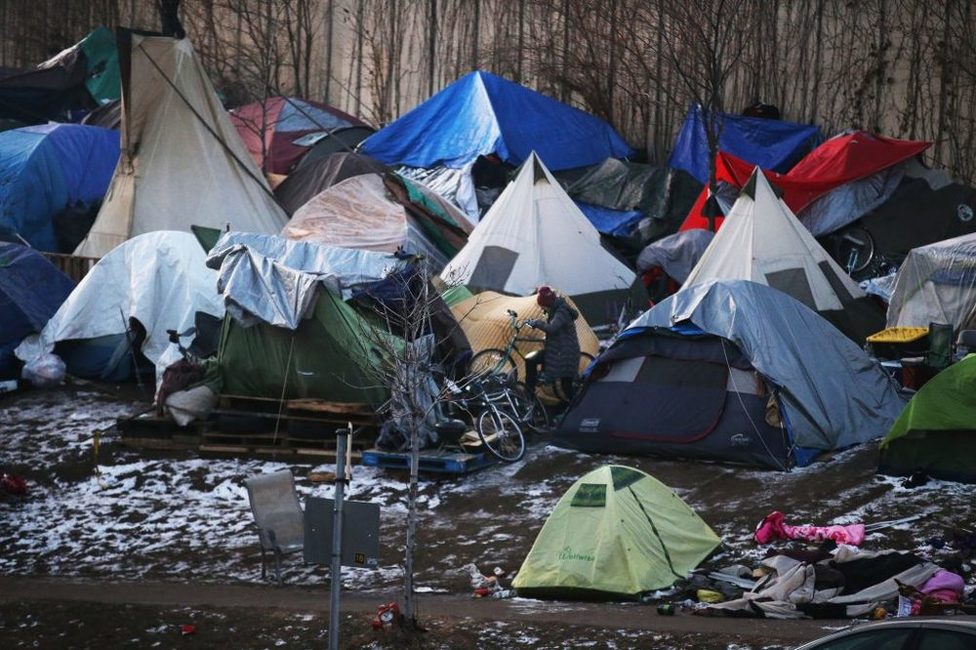 BREAKING NEWS – Minneapolis, Minnesota – A progressive Minneapolis neighborhood around Powderhorn Park that pledged not to call the police, is now dealing with a 300-strong homeless encampment in a local park, according to reports.

Keeping the promise not to call the police has proven more difficult than imagined, as some residents have avoided the park altogether after being catcalled and are fearing for their children’s safety. Others said they had trouble sleeping at night, fearing campers would force their way into their homes.

“We’re not worried about the homeless people and we still don’t need the police,” said a self-appointed man on security in Powderhorn Park. “Most of the bums here are suffering from malnutrition and are weak, so if they get out of line, I can easily beat’em up if I determine that’s what the situation calls for.”