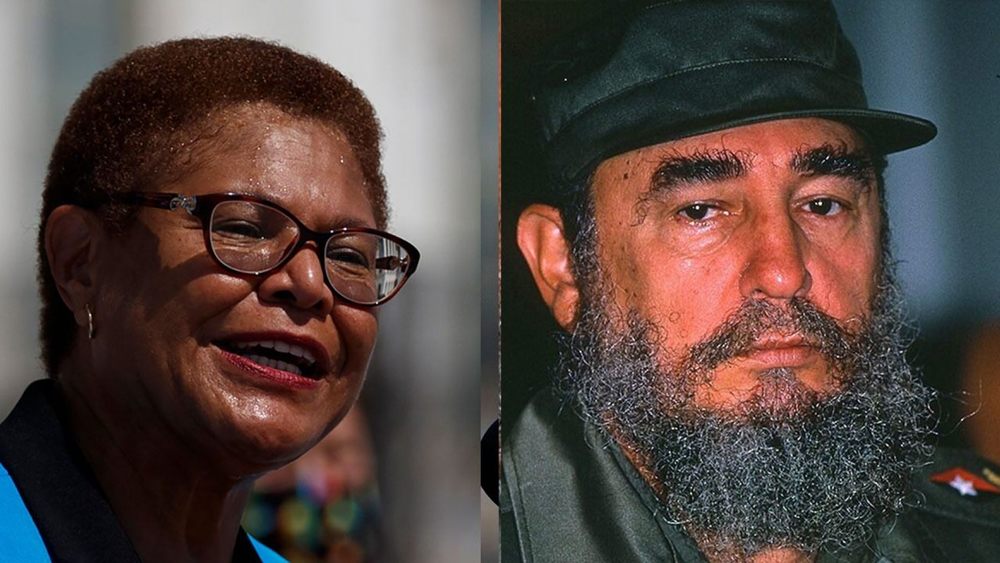 BREAKING NEWS – Washington, D.C. – Past praise for the late Cuban dictator Fidel Castro has some Miami-area Democrats worried about a lawmaker said to be in the running to join the Joe Biden ticket.

U.S. Rep. Karen Bass, a Los Angeles Democrat who heads the Congressional Black Caucus, referred to Castro as “comandante en jefe” after he died in 2016 – and called his passing “a great loss to the people of Cuba,” Politico reported.

Democrats speaking out against Bass’s apparent admiration for the late dictator – who led the Cuban Revolution in the 1950s and was a thorn in the side of U.S. presidents for a half-century – include U.S. Rep. Donna Shalala, D-Fla., and Miami state Rep. Javier Fernandez.

“I disagree with the Congresswoman’s comments on Cuba. I invite people to come to Miami where we can educate them on the tyrannical dictatorship that has decimated Cuba for 60 years,” Shalala, who served in former President Bill Clinton’s administration, told Politico.

Bass finally responded to the criticism. “I know Castro suppressed human rights, and kept people under a totalitarian thumb and stifled economic growth,” she explained. “I just happened to agree with his use of a firing party to squelch people that disagreed with him. If I ran this country the way he did his, do you think those democrats in Florida would be disagreeing with me? Nope, and neither would their next of kin.”