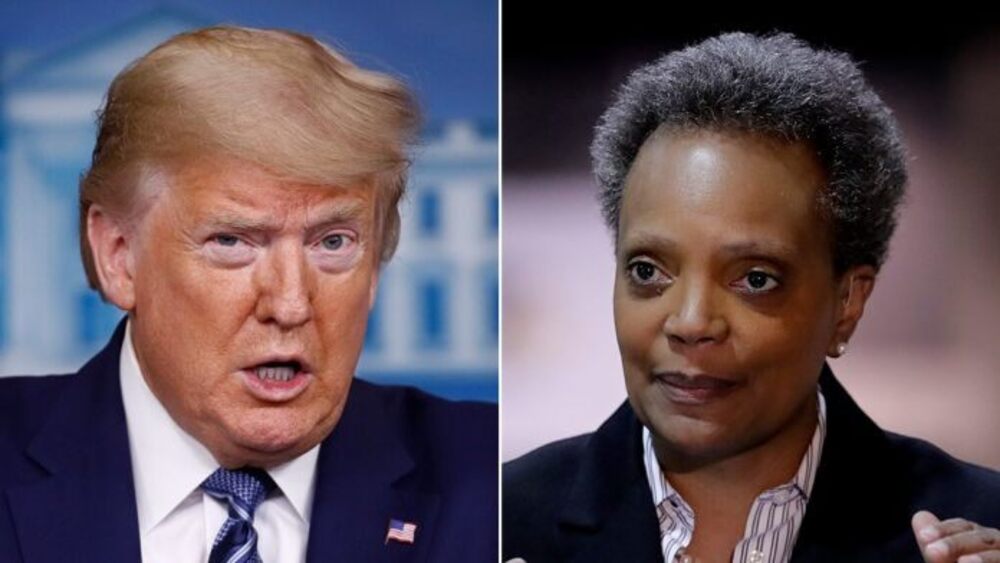 BREAKING NEWS – Washington, D.C. – President Donald Trump announced he will send a “surge” of federal agents to Chicago as part of a plan to combat “violent crime.”

“Frankly, we have no choice,” he said during a speech from the White House, announcing that the Department of Justice will send hundreds of agents from the DEA, ATF, U.S. Marshals Service, Department of Homeland Security and FBI to the city to “help drive down violent crime.”

“Under no circumstances will I allow Donald Trump’s troops to come to Chicago and terrorize our residents,” she began. “How I deal with murderers, if I decide to do anything at all, is my business. This city been leading the nation in total murders year after year. That alone should show the president that we don’t have a problem with it and he’s getting worked up over nothing. What Trump sees as a major issue he needs to address, the citizens in this proud city has long accepted it as part of out culture, just like Al Capone did.”