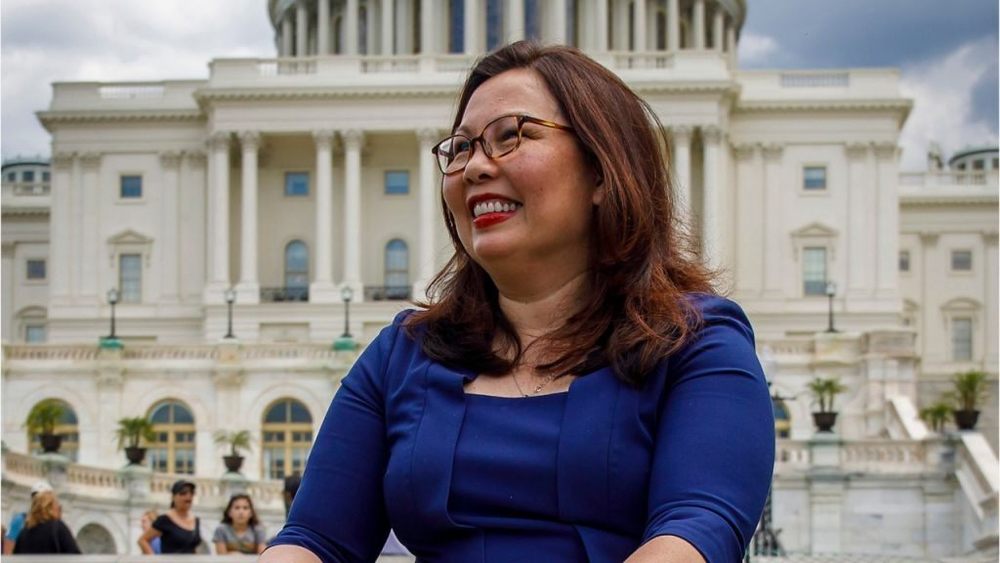 BREAKING NEWS – New York City, New York – Sen. Tammy Duckworth, D-Ill., is among the shortlist of political figures that presumptive Democratic presidential nominee Joe Biden is rumored to be considering as a running mate, but she balked when asked about a sensitive subject that has been on the forefront of political discourse.

Appearing on CNN’s “State of the Union” Sunday morning, Duckworth was asked about recent calls to remove monuments commemorating American founding fathers like Presidents George Washington and Thomas Jefferson because they were slave owners.

Rather than answer directly, Duckworth first changed the subject, then made references to President Trump’s speech at Mount Rushmore. “Well let me just say that we should start off by having a national dialogue on it at some point, after we figure out exactly what black people want, which is sometimes confusing and often terrifying. The real question is, why did President Trump hold his rally at Mount Rushmore in South Dakota where the black population is 1%? I’ll tell you why, it’s because he’s a coward, and he’s scared to confront the well trained looters and arsonists in other states. Whereas Biden will fearlessly engage the arsonists and looters… on Zoom in his fortified basement.”