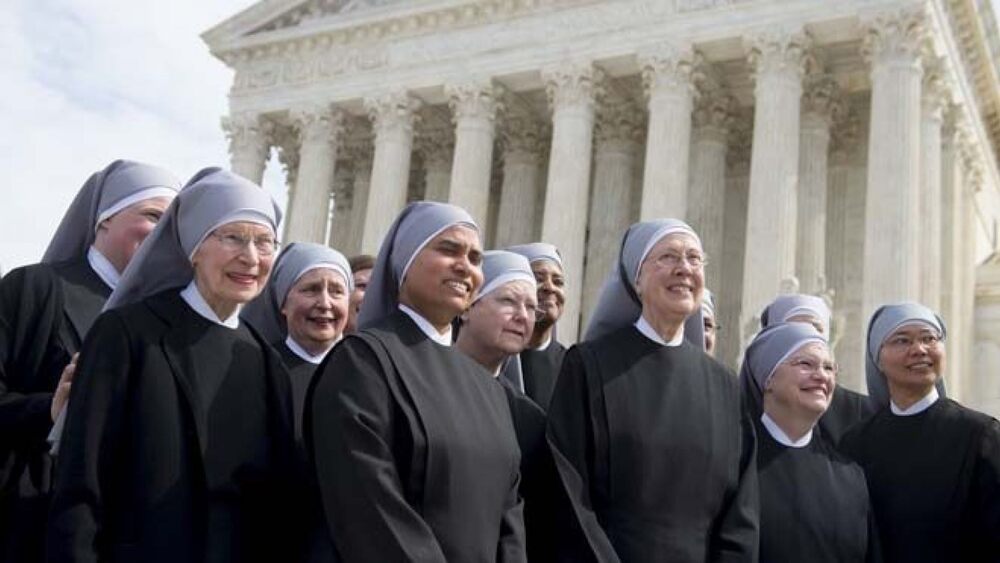 BREAKING NEWS – Washington, D.C. – The Supreme Court ruled that the Trump administration acted within its authority when it expanded exemptions to the Affordable Care Act’s (ACA) requirement for employers to provide insurance coverage that includes contraception — in a victory for Little Sisters of the Poor, the Catholic group that has been at the center of the national debate over the mandate.

The court ruled 7-2 in favor of the Trump administration and the Catholic charity that cares for the elderly in two related disputes against Pennsylvania, which sued over the validity of a rule from the Trump administration that allowed religiously-affiliated groups and some for-profit companies to opt-out of providing contraception coverage to employees.

Joe Biden weighed in on the ruling during an online town hall. “I don’t know much about it, but I don’t understand why little sisters proceeded with this case. Aren’t they to young to understand the law? Why didn’t they ask their big brothers or parents? Something strange is going on here. I also heard that the little sisters are ‘nouns’. Well they are wrong because I checked. The world ‘little’ is an adjective, but the word ‘sister’ is a noun, thus they were half right. Ya see, that’s what separates me from Trump, I fact check and he doesn’t.”