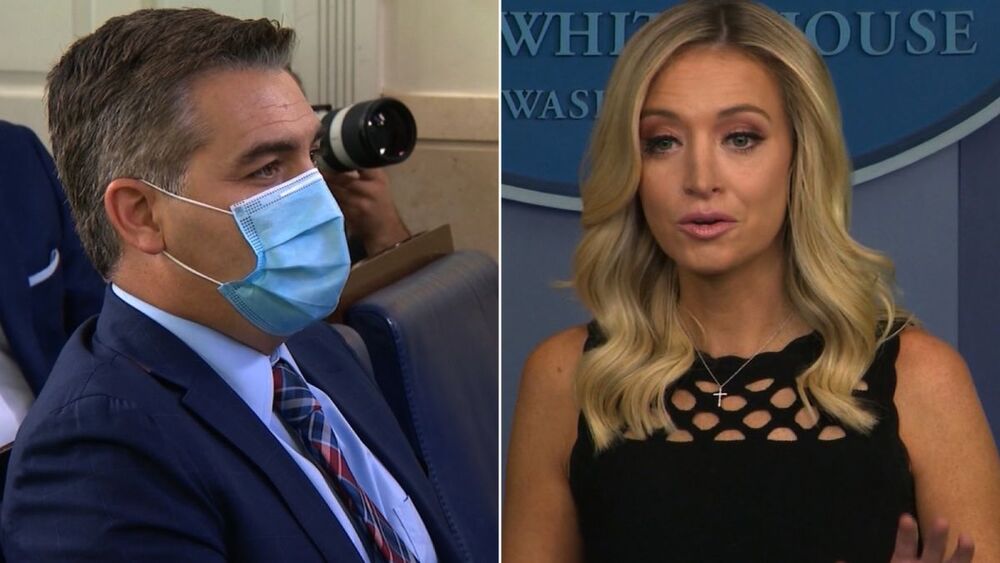 During the briefing, McEnany reiterated President Trump’s strong stance on wanting children to be going back to school in the fall amid a fiery debate about how educators can prevent the spread of the coronavirus outbreak.

“The science should not stand in the way of this, but as Dr. Scott Atlas said — I thought this was a good quote, ‘Of course, we can do it. Everyone else in the Western world, our peer nations are doing it. We are the outlier here,'” McEnany said, quoting the former Stanford Medical Center neurology chief.

“The science is very clear on this. For example, you look at the JAMA pediatric study of 46 pediatric hospitals in North America that said the risk of critical illness from COVID is far less for children than the seasonal flu. The science is on our side here. We encourage localities and states to just simply follow the science. Open our schools,” she continued.

However, Acosta tweeted about what McEnany said by suggesting she was anti-science.

“The White House Press Secretary on Trump’s push to reopen schools: ‘The science should not stand in the way of this,'” the liberal reporter tweeted. He later elaborated on hos tweet. “It is not my job to tweet everything in context. If viewers on my network, don’t want to do some minimal research to see if they are being mislead, that’s on them, not me. Fox viewers catches my premeditated flubs on a regular basis, so devout empty-headed viewers that watch CNN can’t say that it can’t be done.”