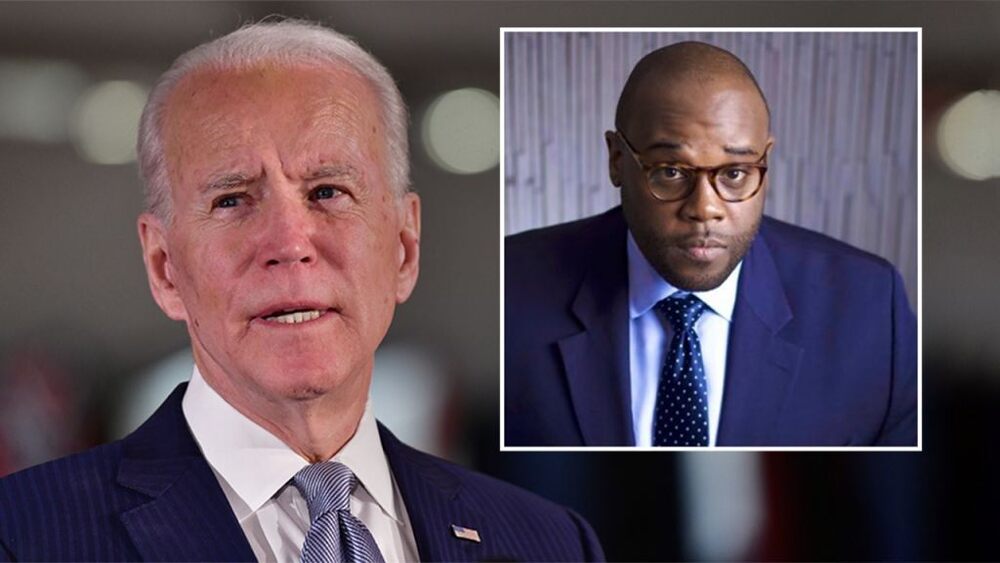 BREAKING NEWS – Washington, D.C. – Joe Biden’s head of strategic communications, Kamau M. Marshall, has repeatedly posted sexist messages on social media over the past decade, beginning with a Christmas Eve 2011 tweet in which he expressed his affection for “power women” – as long as she “know[s] her place” and he can “where [sic] the pants.”

Marshall finally commented on the controversial tweet. “People clearly took my words out of context,” he began. “Of course I should wear the pants, because I control the relationships I’m in with an iron fist. But that same fist can be an open hand, that can gently caress my woman with tenderness and love. And that kind of affection I always show to her, after she’s completed the daily chores I’ve assigned her, assuming they pass my inspection.”