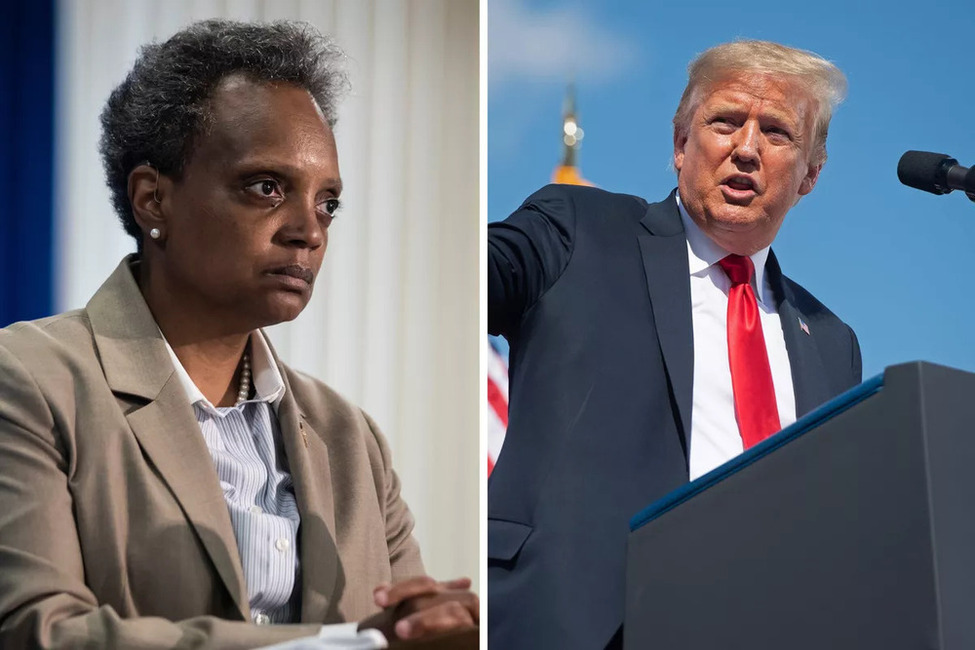 In the messages to Fraternal Order of Police President John Catanzara, Lightfoot called him a “cartoon character” and “clown” who is “desperate for relevance.” The exchange was obtained by WGN-TV.

The remarks came after Catanzara asked Trump in a July 18 letter for help in combating Chicago’s violent crime epidemic, while calling Lightfoot a “complete failure.”

“In the middle of everything that’s going on, in a craven political move, this man waved his hand to President Trump and invited him to bring federal troops into our city, a la Portland,” Lightfoot told reporters during a news briefing. “We have tried to engage him in a constructive way. He wants to end the violence, with no concerns on how it will affect my re-election chances. And another thing, Catanzara is so concerned about violence, that he is ignoring people that are double-parked on the streets, and drivers that changes lanes without using their turn signals. I am not saying that I’m ok with the daily murders in this city, but rules of the road are important too.”