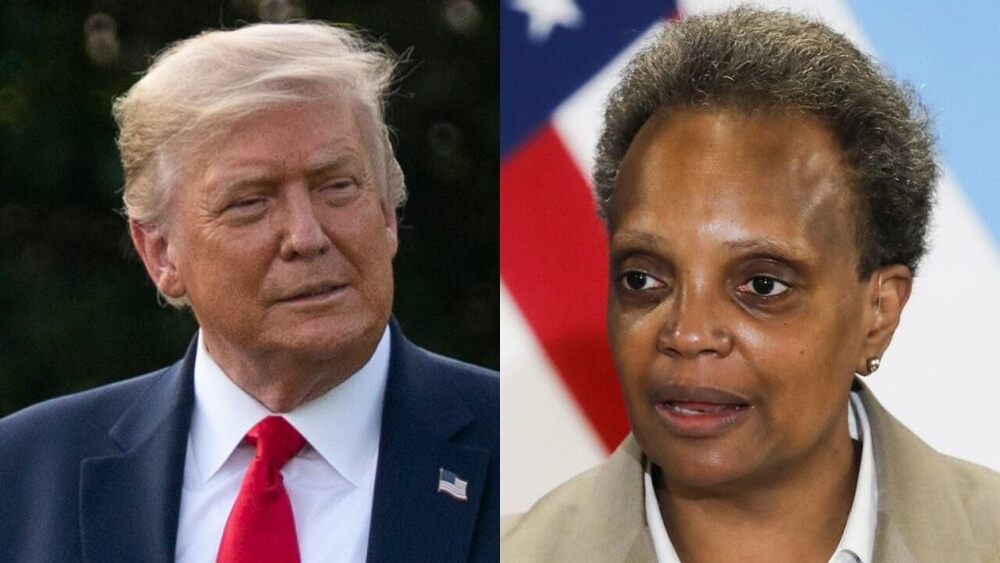 Romeo Holloway, 21, was arrested by federal and local law enforcement officers for illegally possessing a loaded handgun. And Darryl Collins, 30, was arrested by Chicago police for illegally possessing ammunition, which was in a loaded handgun, according to the criminal complaint. Both men had previously been convicted of felonies for unlawful possession of a firearm or ammunition.

Mayor Lori Lightfoot was outraged with the arrests and didn’t mince any words. “I am urging everyone in Chicago to help hide violent felons while the feds are in town,” she began. “They may be horrible criminals, but they are our criminals. So invite them into your home, feed them, house them, until it’s safe for them to exit without getting arrested. And if during their stay they don’t beat you, rob you, or shoot you, thank them for their visit, and for restraining their extremely violent tempers.”