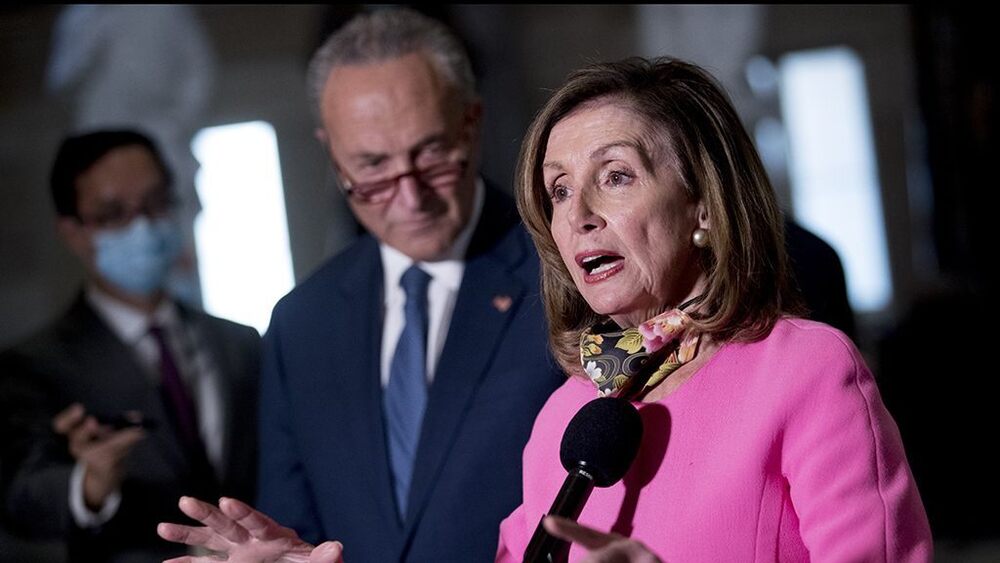 Furious that Democrat leaders Nancy Pelosi and Chuck Schumer were blocking a bill to help Americans through the COVID-19 crisis, President Trump stepped up and got the job done, all by himself. He issued four executive orders that would extend modified unemployment relief to millions who are out of work, protect many from eviction from their homes, provide continued relief from student loan debt and suspend payroll taxes for employers and those earning less than $100,000. It may not be enough, but it was more than Democrats were offering.

Pelosi and Schumer threatened to retaliate against Trump for the executive orders. “This a form of bribery,” they said in a joint letter. “And anyone that uses any of those benefits, is complicit in bribery, and will hopefully get arrested and prosecuted. Currently, the two of us are trying to get some more stimulus checks out to Americans, and this time, we’ll overnight the money to everyone that promises to donate the entire amount to the DNC or to the Pelosi and/or Schumer re-election campaigns.”